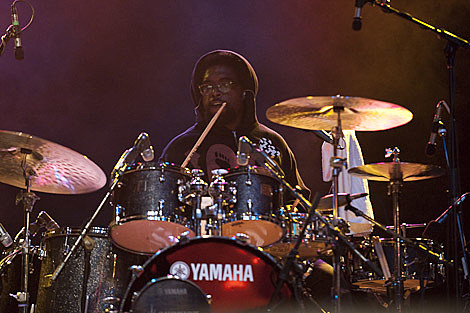 The Roots will be hosting two night of "The Jam" back at Highline Ballroom on June 15th (tickets) and June 21st (tickets). If the shows are anything like their residency shows at the venue last year, there will be special guests.

The band's ninth studio album, How I Got Over, comes out June 22nd (one day after the 2nd NYC show) on Def Jam. Guests on the record include Joanna Newsom and Jim James/Monsters of Folk. The latter's contribution is actually a reworked version of a MoF song, dubbed "Dear God 2.0." You can check it out, along with the video for the album's title track, "How I Got Over," below. Questlove also recently tweeted a video of Dirty Projectors members (friends of the Roots) in the studio with the band. That's below too.

The Highline shows are in addition to the other shows the group has lined up for the summer (with more coming most likely). They're hosting their second annual Roots Picnic in Philly on June 5th. They have a free Celebrate Brooklyn show on July 11th with Talib Kweli and others.

Meanwhile, Questlove has extended his Thursday night DJ residency at Brooklyn Bowl through July. Tickets are on sale for all dates. He's also going to be DJing the free and BV co-presented Fela! On Broadway Original Cast Recording Release Party on Monday, June 7th, along with performances by Fela! co-leads Sahr Ngaujah and Kevin Mambo and members of the cast (more on that later). Questlove will be at the rescheduled Erykah Badu/Janelle Monae show at Roseland on June 5th.

More album info (include the "not final" tracklist) and streaming tracks are below... 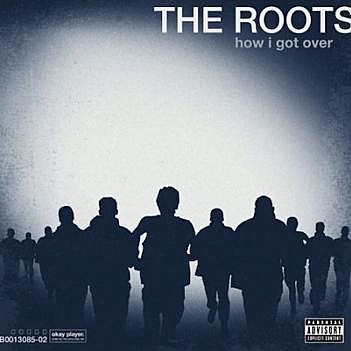