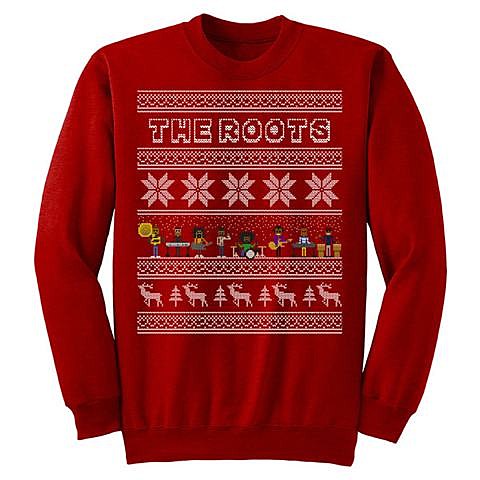 The Roots will be performing again at the annual Okayplayer Holiday Jam, now in its 7th year, at Brooklyn Bowl on Monday, December 9 with host Hannibal Buress and a few "surprise special guests." No one's been announced for this year (hence "surprise") but Q-Tip, Yasiin Bey (fka Mos Def), Talib Kweli, Patti Labelle, A$AP Rocky, Big Daddy Kane, John Legend, Estelle, TV on the Radio, and more have appeared in years past. The event is private but Okayplayer is giving away 25 pairs of tickets and you can enter to win by filling out this form. BrooklynVegan is also giving away a pair and details on how to enter are below.

Speaking of holidays and The Roots, Okayplayer -- a music site which was started by Questlove in 1999 -- is selling a Cosby-style Roots holiday sweatshirt, which is part of the site's gift guide. That's it above.

Contest details and the flyer for the Holiday Jam, below... 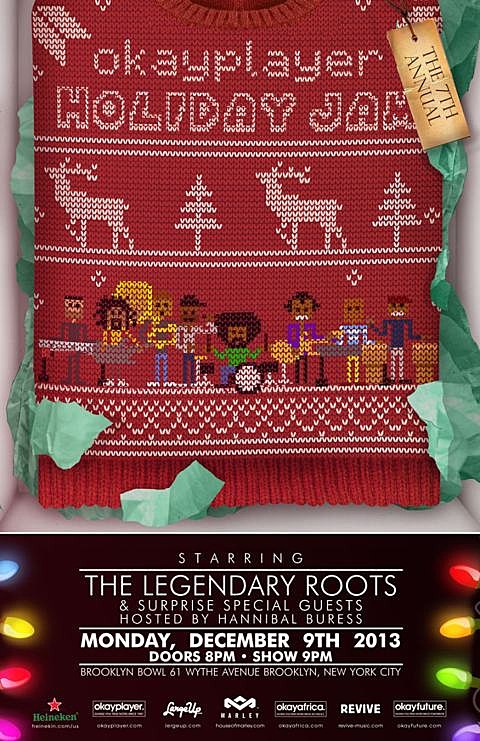