i gots to be the golden child. survived yet another car crash unscathed. the cab however....3:54 AM Oct 4th from mobile web - Questlove 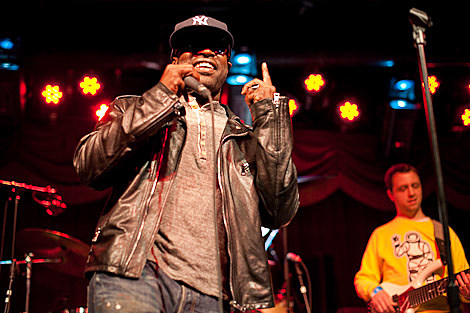 There are only two more Roots shows scheduled at Highline Ballroom in NYC, and tickets are on sale for both (November 10 & November 17)

The October 6th, 13th and 27th dates have been canceled, and tickets purchased for those three shows will work at either one of the November shows. According to the venue, Jimmy Fallon's house band also have no more dates planned there (for now?).

Last week The Roots moved the show to Brooklyn for one night. Another video from that show (where they were joined by Mayer Hawthorne), below...