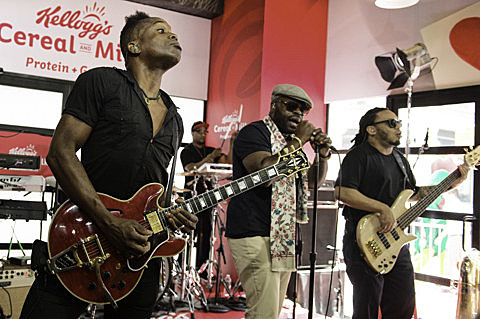 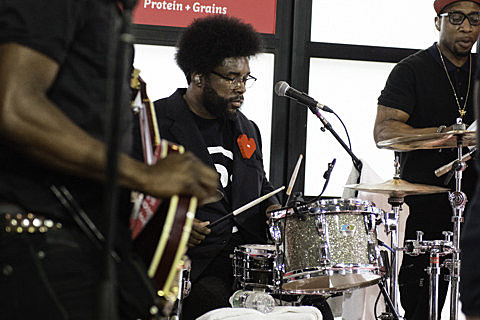 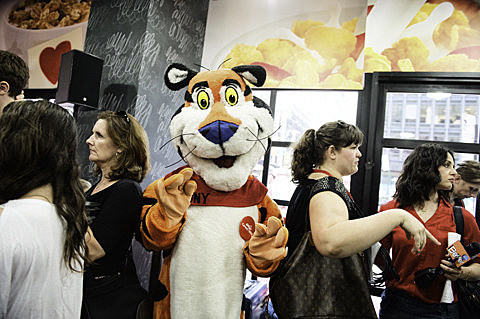 The Roots are a band of many things. In addition to being Elvis Costello collaborators, festival throwers, Fallon's house band, and plenty more, they're also cereal lovers. They appeared at a Kellog's event in NYC this past Wednesday (6/25) to help promote the cereal company and its many products. Along with their regular instruments, The Roots played bowls and spoons on stage during their set which consisted of some originals and at least one cover ("Jungle Boogie"). One attendee said they were grrrrrreeeeat. Pictures of the event, part of your complete breakfast, and an Ad Age video report, are in this post.

The Roots have some festival appearances coming up this year, including the September Boston Calling backing Nas, Essence Festival, Life Is Beautiful Festival, and Squamish Festival.

Questlove also continues his Bowl Train DJ nights at Brooklyn Bowl. His next one is this Thursday (7/3), and the following Thursday (7/10) doubles as Bowl Train's 5th anniversary party. Tickets for upcoming Bowl Trains are available here.

More pictures and video of the Kellogg's event below... 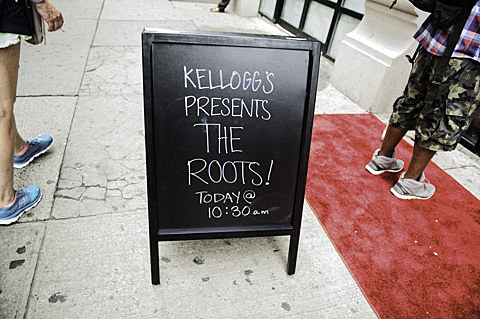 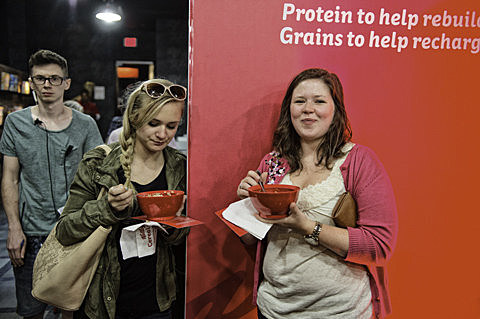 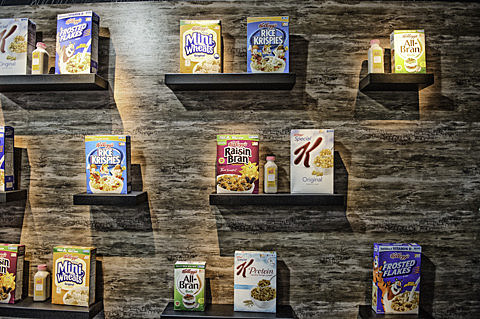 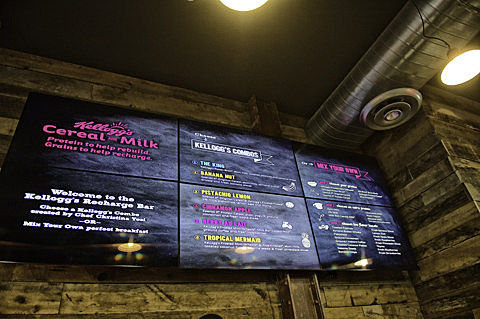 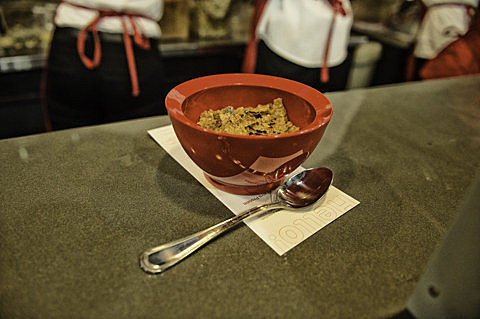 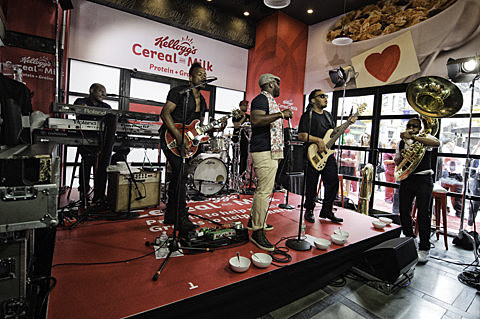 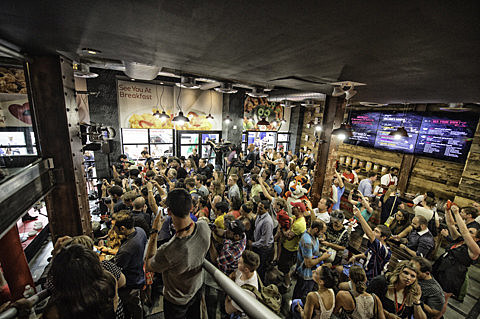 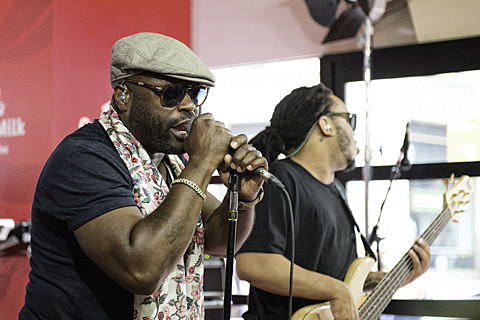 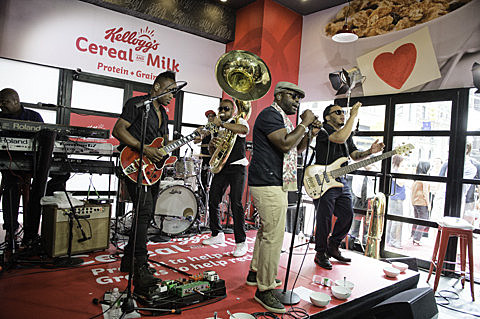 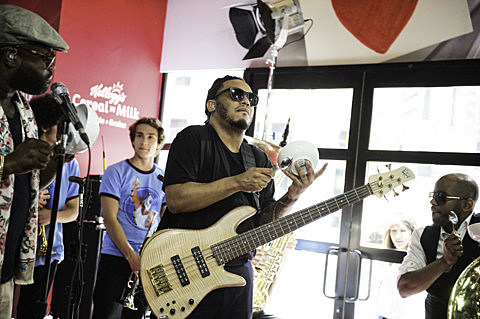 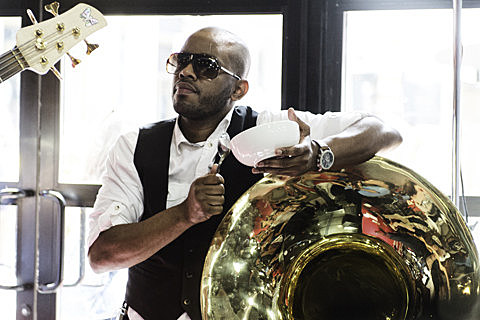 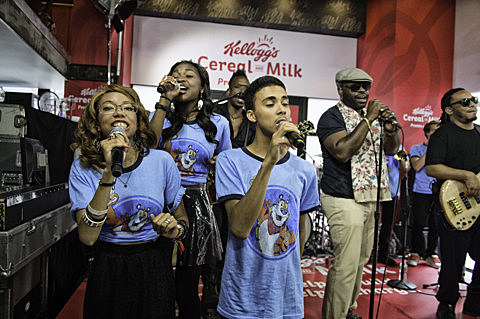