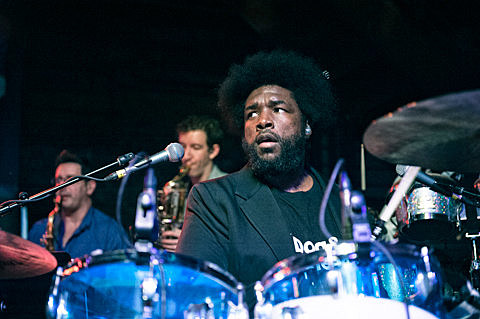 We just mentioned that Red Hot Chili Peppers will play a WFAN-presented show at Barclays Center on February 1, and since we last spoke it's been announced that the RHCP show is part of a number of pre-Super Bowl shows happening in NYC before the game happens on February 2 at MetLife Stadium.

A few of those shows happen on the Bud Light Hotel, aka a heavily-branded cruise ship in the Hudson River that will be hosting festivities for the weekend. One of those happens on January 30 with The Roots, Run DMC, Busta Rhymes and more guests TBA.

Another one happens on February 1 with the Foo Fighters and Zac Brown Band, whose new album was produced by Dave Grohl.

The performer for this year's halftime show is Bruno Mars. All Bud Light Hotel concerts are listed below...