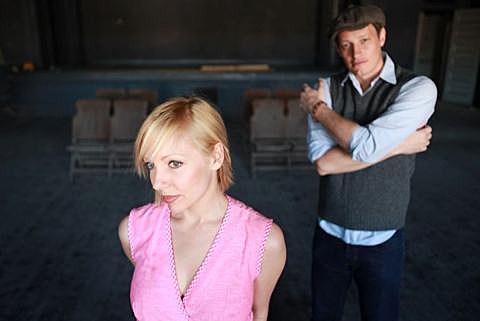 The Rosebuds are one of the many acts announced for this year's Hopscotch Music Festival which happens in Raleigh, NC from September 5 - 7. Their performance there will be a special one, as they'll be performing their version of Sade's Love Deluxe album in full. Three-day Hopscotch wristbands are on sale now. If you haven't heard their version of Sade's album, you can stream it below or download it for free.

Right after Hopscotch, The Rosebuds will head north for a short East Coast tour, where they'll also be doing Love Deluxe, including a stop in NYC at Mercury Lounge on September 12. Tickets to that show go on sale Friday (5/3) at noon. All tour dates are listed below.

In other Rosebuds news, the band have contributed a new song to the accompanying soundtrack DC Pierson's young adult novel Crap Kingdom. The soundtrack also includes new, original songs from Ted Leo, Jean Grae, Free Energy, Advance Base and more. You can download the whole thing for free here and stream it below.