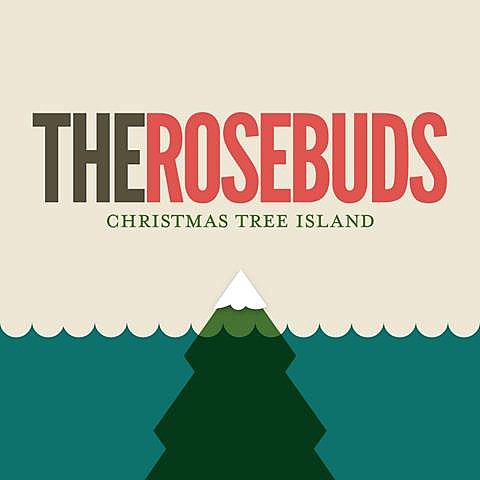 Are you ready for holiday music yet? Thanksgiving is basically the official start of the full-on Xmas cheer sounds to be played in stores, laundromats and everywhere else you go. If you're looking for some fresh sounds, North Carolina's Rosebuds have just released a holiday album, Christmas Tree Island, that is available digitally now.

While most Christmas albums these days generally consist of covers, Ivan Howard and Kelly Crisp have penned originals that are distinctly Rosebud-y in nature (twangy, lots of "whoah-ohs") and don't hit you over the head with too much tinsel or treacle. (There are sleighbells though.) It's a really nice album, actually and you can stream it below. "Melt Your Way Out" is particularly good.

Meanwhile, The Rosebuds have another new album out, a track-by-track remake of Sade's 1992 album, Love Deluxe. Says the band:

Love Deluxe, Sade's fourth album, was released 20 years ago this week. To say this album is a constant influence to The Rosebuds and the records we've made over the years would be an understatement. We've always been fans. Ivan's been covering Sade songs since I've known him--he sings them in the house, he sings them while driving, he sings them with or without a guitar in hand, he sings them when he doesn't even realize he's singing aloud. It's the language he hears music in. Ivan spent some time on the North Carolina coast where he set up a small apartment--a surf camp and home studio. He'd gone to the beach to enjoy the off-season isolation, to surf, and to work on some new Rosebuds demos we have. I was delighted when he came back to Brooklyn and presented me with his own fully-tracked version of Love Deluxe. It's only elements are the instruments Ivan drove down with, and the friends who stopped by to contribute--Rob Lackey, drums; Matt Douglas, Saxophone; Jonathan Yu, keyboards. We set about mixing it right away.

The Rosebuds' version of Love Deluxe is available as a free download from their Bandcamp and you can stream it below as well.