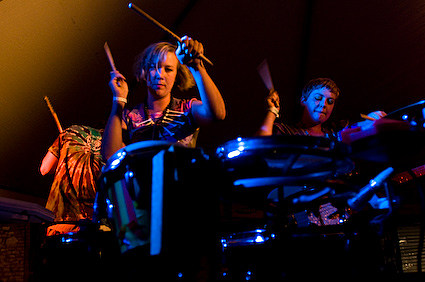 The Ruby Suns' album "Sea Lion" came out on Sub Pop on March 4th, they played the Sub Pop showcase at SXSW on March 14th (photos in this post), and now they're in NYC just in time to celebrate Christ rising from the dead tonight (March 23) at Mercury Lounge. They also play Union Hall tomorrow (Monday). Both shows are with Le Loup who originally had Bodies of Water as their tour partner until Bodies of Water moved on to the Sons and Daughters tour instead. The Ruby Suns are also coming back to NYC in May - that time with their labemates Foals. All tour dates and more photos below.... 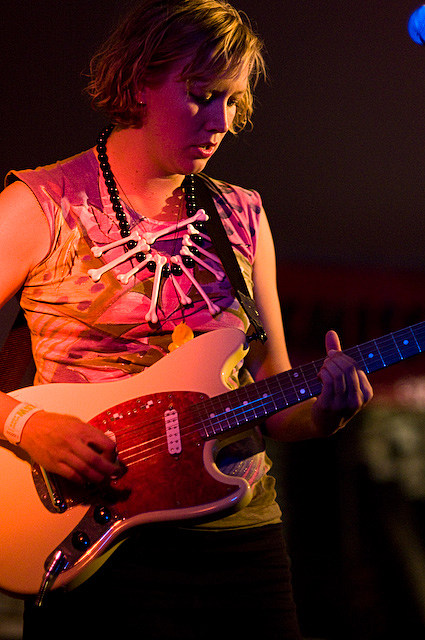 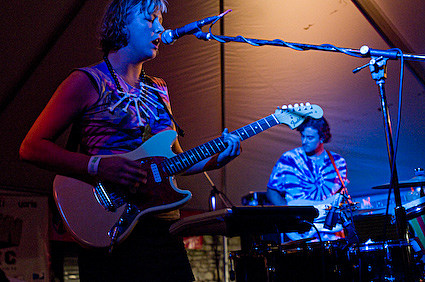