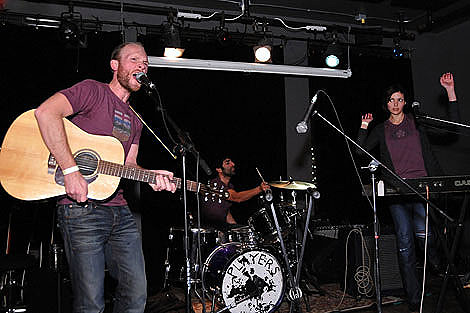 Saddle Creek Records has annnounced two new signings. The bands are the Rural Alberta Advantage and UUVVWWZ. The label will put out the previously self-released debuts of both, TRAA's Hometowns and UUVVWWZ's self-titled, on Tuesday, July 7th.

The Rural Alberta Advantage will be going on tour across North America this summer. Some dates are below, with more TBA. The band visits NYC on Saturday, May 30th for a show with I Was A King and Elevator Fight at the Mercury Lounge. Tickets go on sale Friday, May 8th at noon.

Bios for both bands, with tracklists, album art and tour dates, below...

The Rural Alberta Advantage was born out of singer/songwriter Nils Edenloff's exodus from the province that inspired the band's name and many of the songs from their enthralling debut album, Hometowns.

Edenloff grappled with homesickness after his move from Edmonton, Alberta to Toronto, Ontario in 2003. To cope with his loneliness and isolation in the 'big city', the shy songwriter penned a series of odes to his former home, celebrating the country's wild rose, the purple skies and the "dethbridge in Lethbridge."
On the urging of his fellow ex-pat musician friends, Edenloff took his songs to a struggling weekly Open Mic night in early 2005 to perform them for an audience. In a matter of weeks, he was handed the job (paid in beer and 2-for-1 pasta specials) of hosting the night alongside drummer Paul Banwatt. The two quickly formed a musical bond, with Edenloff's plaintive folk songs backed by Banwatt's raucous, razor-sharp percussion. As the Open Mic night faltered, the two found themselves playing hours' worth of songs per night, and developed a solid "set list" for their weekly routine.

The twosome's arrangement became permanent as a series of other local musicians joined and left the project (by now dubbed "The Rural Alberta Advantage", courtesy of a provincial slogan co-opted by Edenloff's brother). The pub that had been home to their Open Mic night closed down (their final night featured a classic barroom brawl involving overzealous motorcycle gang members/would-be karaoke stars), but the Rural Alberta Advantage continued to perform, now playing shows in and around Toronto. A demo was recorded in late 2005, featuring Edenloff, Banwatt, Amy Cole, Ken Farrell and Anissa Hart (Ohbijou). By the completion of the demo, the RAA settled into its current, three-piece formation, with Cole becoming a permanent member of the band.

In 2006, the Rural Alberta Advantage recorded a five-song, self-titled EP. Shortly thereafter, the group was invited to play a show with local indie rock superstars Henri Faberge and The Adorables at their weekly residency at Kensington Market hotspot The Embassy. As official an initiation into the indie-rock community in Toronto as there could be, The RAA played the show to great acclaim from the Adorables' faithful. Thanks to their exciting live performances and gritty, honest songs, a loyal following for the RAA began to grow. The band continued to play in Toronto and throughout eastern Canada, steadily increasing their fanbase with a performance on MTV Canada and a slot at the Pop Montreal festival in 2007.

As well as playing live, the band spent much of 2007 in the studio, recording their debut full-length record, Hometowns. Originally scheduled to be the inaugural release of a new record label formed by a local producer, the band found themselves label-less when the producer decided to abandon his plan. The RAA began selling copies of Hometowns themselves at shows in early 2008, without an official release.

Hometowns began catching the ears of bloggers across the country on pure word-of-mouth. Herohill.com proclaimed the RAA "the best unsigned band in Canada", and I Heart Music.net deemed Hometowns "a near-perfect album". The band's reputation for stellar live shows garnered them a sellout crowd at the 2008 North By Northeast festival, and the band played similarly successful showcases at the 2008 iterations of the Halifax Pop Explosion and Pop Montreal.

The band's big break came in November 2008, when major digital music retailer eMusic.com selected the Rural Alberta Advantage, from a fan recommendation, as an eMusic Selects artist. This honour gave the band publicity and exposure to over 400,000 music fans and subscribers worldwide. Repeating, and surpassing, the successes of past Selects artists Crystal Stilts and High Places, the RAA sold thousands of copies of their record in mere weeks, an astounding feat for an unsigned act. Hometowns became the highest-selling Selects album in history and a critical darling overnight, appearing on dozens of "Best of 2008" lists in newspapers, blogs, and radio podcasts across North America and Europe.

The inspiring DIY success story of the Rural Alberta Advantage has continued to gain momentum and attract fans and followers, with a breakthrough performance at eMusic's showcase at the 2009 SXSW festival in Austin, Texas, getting the seal of approval from Pitchfork ("This band could be huge") and a nod as a "buzz band" from the Associated Press. More glowing press reviews and sold-out club dates in major cities throughout the United States have followed, and the trio of kids from Canada now find themselves signed to US indie giant Saddle Creek. Hometowns will be released properly for the first time on Saddle Creek in Summer 2009, and more tour dates throughout the USA and Canada are planned.

UUVVWWZ started as a band in 2007 in Lincoln, Nebraska. When we came up with the name we laughed. I wrote it on a ripped up brown paper bag that we had drawn some of our song structures on and pronounced while pointing, "Double 'U' double 'V' double 'W'... 'Z.'" Then we went back to working on our songs and being creative together with a good chance of pasta and cigarette breaks.

In that year we wrote 9 songs and decided to record them before Teal left town for school. We talked about following her in the summer and getting a place to eat and drink and make music, but she decided to stay in Lincoln and so it went: Recording, Pressing, and a Tour.

We left in our tour mate Darren's mom's minivan and headed east and then down the coast towards shows and beaches, keenly following an abstract dream.

People compared us to musicians and bands we had to look up (Dog Faced Hermans, Lydia Lunch, The Pop Group) and some that were familiar (Deerhoof, Captain Beefheart, Bow Wow Wow), they dubbed us Avant-Rock and Blues. One man unintentionally called us Power-Jazz after we interrupted his silent contemplation outside of a coffee shop, but that's a different story... that starts like this:

After our tour of the East Coast we planned another just for Lincoln. On July 25, 2008 we played 5 shows in one day at the aforementioned coffee shop, a house, a street corner, a venue, and a Marquee overlooking "O" St. that runs straight through downtown Lincoln. We made tour shirts and drove a total of 15 blocks as we performed for a couple hundred people throughout the day.

Since then Teal, Tom, Dustin and I have been playing shows in Nebraska, deliberately writing and composing (songs and bios), and anticipating tours. Pursuing our creative dreams as a unit. [Saddle Creek] 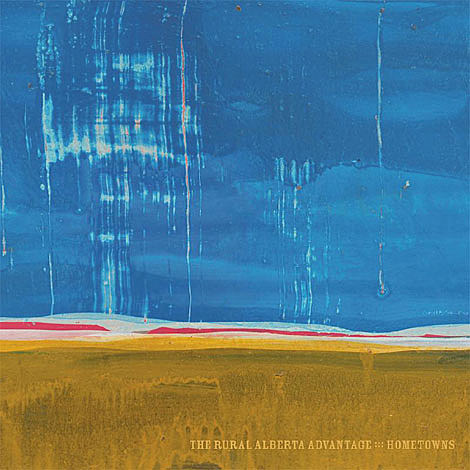 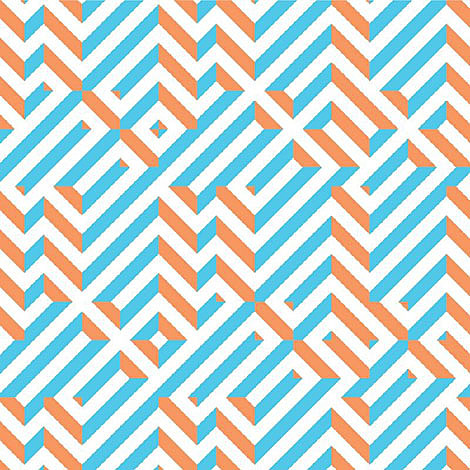