UPDATE: Read the comments. There is some confusion as to whether this is really the Rutles or not. 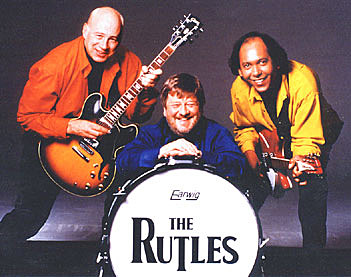 Back when I was in college, my best friend there and I watched the 1978 Rutles mockumentary "All You Need is Cash" several times a week for several months. It became such a dangerously nerdly obsession that our priorities (namely our education) almost completely fell by the wayside. In addition to the core group consisting of Dirk (Eric Idle), Nasty (Neil Innes), Stig (Ricky Fataar), and Barry (John Halsey), the film is loaded with so many incredible cameos, classic lines, and oddball characters that to this day it ranks in my top favorite movies of all time.

Never in a million years did I think the Rutles would get together for a live gig in my lifetime, but in honor of their 30th anniversary, they are. On March 17th at 7:30pm and 10:30pm they'll be in LA at Grauman's Egyptian Theater as part of the Mods and Rockers Film Festival where there will be a screening of "All You Need Is Cash", screenings of rarities from the Rutles archives, a Q&A with the band, as well as musical surprises. On March 15, 16, 19, 20, 21 they'll be performing at the Ricardo Montalban Theater in southern California (TIX are on sale).

Then it's off to NYC for a 4 night residency at the Blender Theater from March 26th thru March 29th. Tickets went on sale today. Get em while they're hot. Videos and flyers below.... 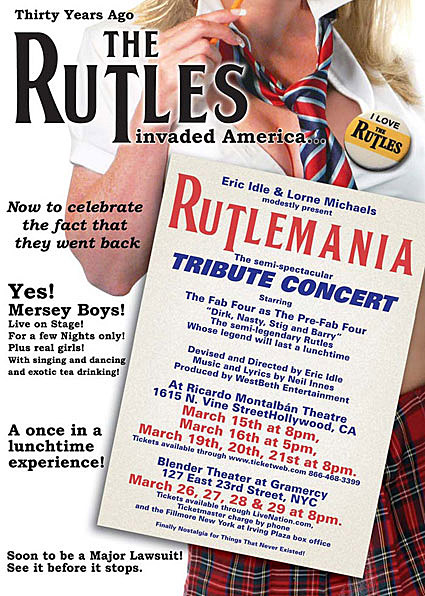