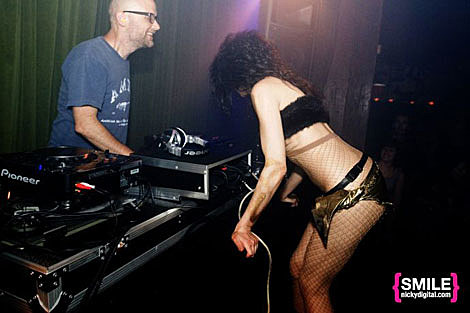 the week in Dance continued from Friday..

Hopefully by Saturday (9/27) night you'll be ready to get down yet again. There's going to be an official Arthur Russell movie after-party starting at midnight at Santos. Among others, Steve Knutson (Audika Records) will be playing rare mixes and records from Arthur Russell's personal collection which is pretty awesome. No advanced tickets for this one, $10 at the door. 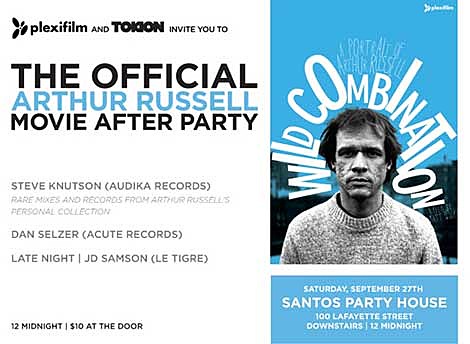 Some other things going on Saturday night:

One of my longtime favorite NY deejays, Dominique Keegan (Plant Music will be at Rebel deejaying with quite a few others (check out the flyer below) at the Pop Off party. Be sure to download his remix of DJ Wool's 'Star of East Berlin' as well as Cobra Krames' (who will also be deejaying at Rebel) Start The Violence Mix of DJ Wool's 'Gangsters & Models' at the top of this post. 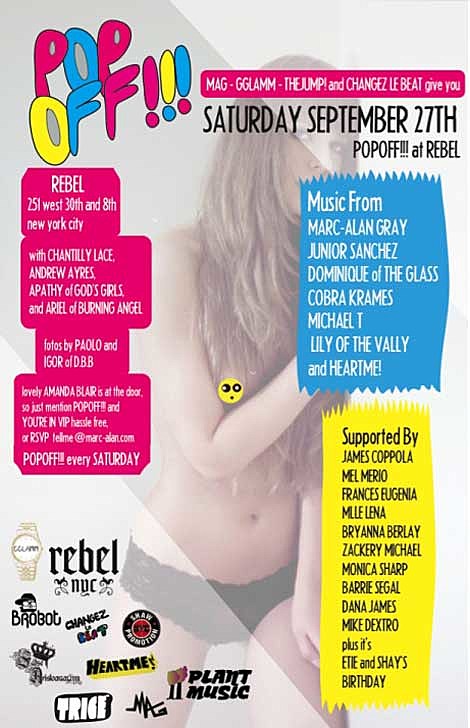 RSVP to tellme@marc-alan.com for free admission.

Streetlab (who you can read more about in Thursday's post) are performing live at the Crooked Disco party at Public Assembly. 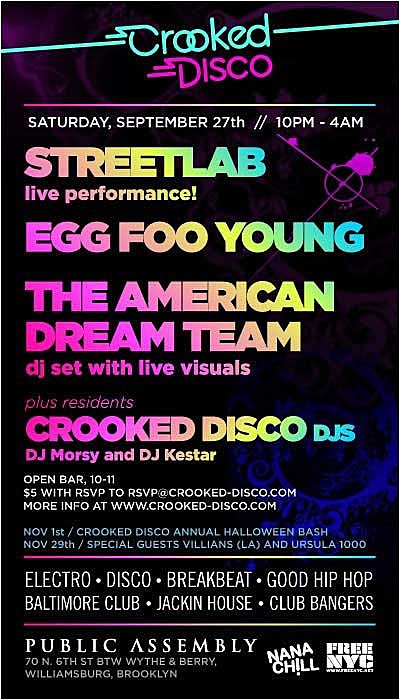 Here's a quick rundown of what's going on Sunday into next week:

Sunday:
- The last Sunday Social is happening at Rose Live Music
- Nicky Siano is at Santos

Monday:
- Miss Kittin & the Hacker are at The Fillmore at Irving Plaza
- Francois K is at Cielo

this Tuesday:
- David Bruno is at PS1

...and then it will be October! I already have 22 shows in my calendar for a month that hasn't even arrived yet. I'm honestly looking forward to all of them, but at the moment my top 5 (ordered by date) have to be:

- October 2 - Bloody Beetroots dj set at Webster Hall
- October 10 - One Step Beyond with Mattie Safer of the Rapture and DJ Mehdi at the Museum of Natural History
- October 11 - Surkin, Para One (live), and Fukkk Offff (live) at Le Poisson Rouge
- October 24 - Insiders with Soulwax, 2ManyDJs, Pete Tong, James Lavelle, Luciano, Rob Da Bank, the Whip, and Late of the Pier at the Fillmore at Irving Plaza
- October 30th - Ed Banger night at Webster Hall with Busy P, So Me, SebastiAn, and Justice dj sets

Who are you looking forward to seeing in October?