The Scandals (photo via Greg Pallente) 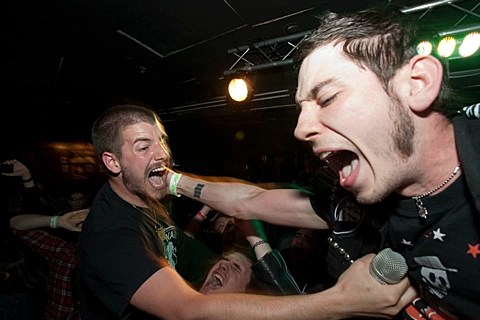 One of the artists chosen to open for The Gaslight Anthem at their free Red Bull Sound Select show at Irving Plaza on July 27 is fellow NJ band The Scandals. It makes sense that they were selected for the show, considering they share not only a hometown, but also a knack for post-Bouncing Souls/Hot Water Music punk rawk and heartland melodies (though they don't do as much Boss worshipping as Gaslight). If you're going to that show (which is free but you have to request a ticket), it's worth showing up for them. Also on the bill is Loved Ones frontman Dave Hause (who just wrapped up a tour with Social Distortion and Cheap Time) and Frances & the Foundation. 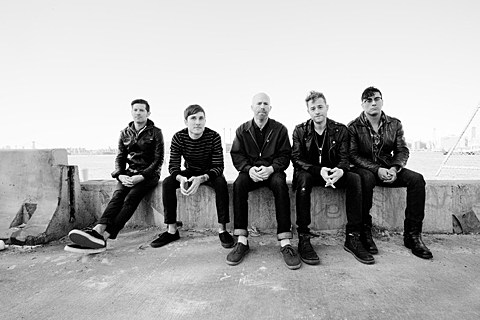 The Scandals also play another NYC show even sooner than that opening for Get Involved at Saint Vitus on Thursday (7/11). Get Involved is sort of a post-hardcore supergroup, whose members include Tucker Rule (Thursday), Brian Deneeve (From Autumn To Ashes), Lars Weiss (Judge), Derrick Karg (Death in the Park), and Todd Weinstock (Glassjaw, Cubic Zirconia). They're planning on self-releasing an EP at some point this year, which is being produced by Ross Robinson, who was behind the boards for classic albums by Glassjaw, At the Drive-In, The Blood Brothers, and more. They make a similar style of post-hardcore to many of their past projects, but with a goth edge on the clean vocals. You can listen to two tracks on Kickstarter and watch the video for a third below.

That Saint Vitus show is also with Descender, Let Me Run, and Skeleton Dealer. Tickets for that show are on sale now. Get Involved also play a day later at the Court Tavern (7/12) in New Brunswick, and in September they open the first of two Taking Back Sunday shows (9/11-12) at NJ's recently reopened Starland Ballroom, where TBS will be performing Tell All Your Friends in full, like they did on tour last year. These are currently the band's only remaining TAYF dates (night 1 tix & night 2 tix).

In more related news, ex-Thursday frontman Geoff Rickly recently released his second solo mixtape, Darker Matter, which you can stream below or download (name your price) at bandcamp. He also has an upcoming Starland Ballroom (9/28) show, opening for fellow Jersey band Saves The Day (tickets) two days after STD play MHOW without Geoff (tickets). You can also see Geoff opening for Yellowcard at Irving Plaza (9/9 & 9/10)... if you're into that sort of thing (tickets).

All lists of dates and song streams below...