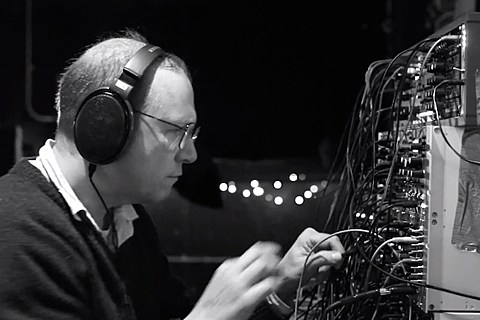 The Sea and Cake frontman Sam Prekop released his fifth solo album and second album of modular synth compositions, The Republic, lats week via Thrill Jockey. This week he put out the video for the pulsating, ambient "Weather Vane," which you can watch below. The press release notes that the first half of The Republic "was composed to accompany an art installation of the same name by David Hartt," who also worked with Sam on this video.

Sam is also going on a tour this spring with his Sea & Cake bandmate Archer Prewitt. They'll be "playing as a duo, performing improvised synth/guitar duets followed by a short set of classic Sea and Cake tracks."