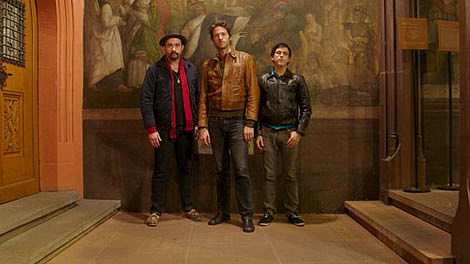 This week's post is going to feel a bit like a clip show because I feel like I've talked about all these bands before, but still there's a lot going on in NYC.

Tonight (11/18) SpaceKamp are playing Williamsburg's Black Betty. As you may remember, this trio also back Adam Green (with whom they just got back from a European tour) when not making their own brand of extremely catchy '60s-ish guitar pop. So while they've only played a handful of shows as SpaceKamp, they've got many, many more under their belt together. And they've finally put songs on their on their MySpace page to check out, and there's one at the top of this post to download. (I've also got a different song over at my blog.) It's also the drummer's birthday tonight, so expect the show to be extra festive. Also on the bill: Joe and the Flying Spoons, featuring Dirty on Purpose's Joe Jurewicz as well as former members of Au Revoir Simone and Tralala. I've never seen either band before, so I'm looking forward to this one. (And full disclosure: I know members of each band, but I don't post about stuff I don't genuinely like.) 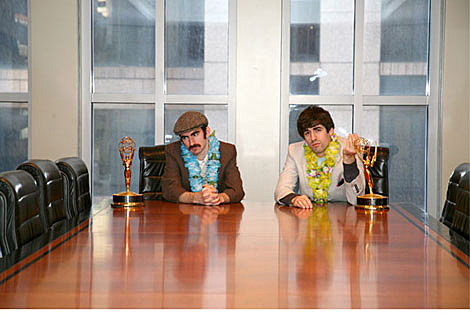 Thursday (11.20) there are three good options, the most interesting of which might be at The Bell House in Brooklyn. Previously on Lost claim to be the world's only "recap rock" band, who spent the first half of 2008 writing a song for every episode of ABC's island mystery series' fourth season -- you know, in case you missed it. And if you're jonesing for Season 4 to be released on DVD (Dec. 4) maybe seeing the whole shebang performed live will hold you over. The "Live Experience" features props and such -- I'm curious if they'll have a live smoke monster. Making the night all the more enticing is the incredible Reggie Watts who if you've never seen him do what he does live, it's reason enough to go. A couple of Previously on Lost videos are HERE. 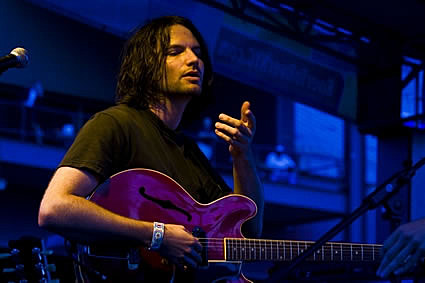 Also Thursday is Violens at Mercury Lounge who are fresh off their European tour with MGMT. I was really impressed the last couple times I saw them (their show at the Seaport was especially good) and am hoping their debut album isn't far off as I've worn out their three-song EP. Word of warning: Violens can be monsterously loud. Bring earplugs. Also on the bill are two two local electronic duos: Telepathe and Picture Picture. 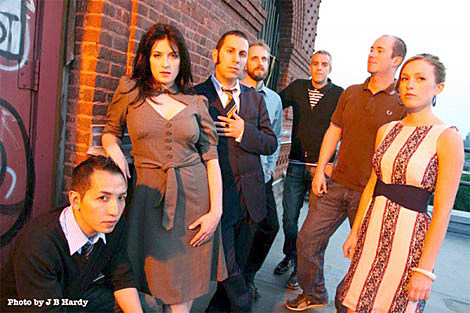 Over at Public Assembly (formerly Galapagos), we've got The Secret History and Mahogany. The Secret History is the new project from Michael Grace, Jr who used to front indiepop new wave lovers, My Favorite. This new project features most of his old band, but adds vocalist Lisa Ronson (unlike Mark or Samantha, her dad actually is late Bowie Guitarist Mick Ronson) to the fold. While the ties to the '80's are still there, especially the romanticism, The Secret History are bigger, more of a sweeping Roxy Music sort of feel. The band just released their debut EP, Desolation Town, on foppy Detroit label Le Grand Magistery. Meanwhile, Mahogany do classic shoegaze better than just about anybody else, writing great songs, are skilled with effects pedals and know how to put on a show. 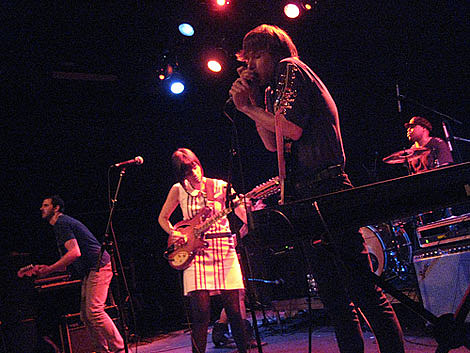 And speaking of Mahogany, the band's ever-morphing line-up has absorbed Blacklist's James Minor into the band. I mention this because Blacklist (of which Minor is still a major member) are playing on Friday (11.21) as part of Wierd Records' Fifth Anniversary party. The former goth in me still digs Bauhaus, the Bolshoi, Southern Death Cult, the Chameleons, etc. and Blacklist deliver the goods in that respect. Wierd Records, which could be described as a modern day equivilent to labels like Some Bizarre or Wax Trax!, began it's life as a weekly party at Williamsburg's Southside Lounge (later Home Sweet Home on Christie) and grew as it gained likeminded artists and musicians interested in the cold wave/industrial/noise, and yes, gothy side of pop. I don't know too much about the rest of the night's lineup but it includes Xeno and Oaklander, Led Er Est, and Opus Finis. I can only hope there will be strobes and smoke machines. Tickets are on sale. The flyer is below... 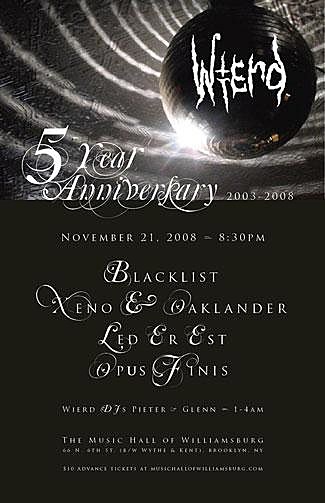 Wierd Records is proud to celebrate the 5 year anniversary of the Wierd weekly DJ and live music party at the Music Hall of Williamsburg on November 21st, 2008. One of the longest running weekly music parties in New York City, the Wierd Party was established in 2003 by artist and DJ Pieter Schoolwerth and has long been NYC's premier showcase for artists and DJs working within the Cold Wave, Minimal Synth, and Experimental Electronic/Industrial Noise genres of alternative pop and dance music. The party began as a small group of friends spinning records weekly at the Southside Lounge in Williamsburg, Brooklyn who in 2004 began staging larger, roaming monthly live music events in lofts and warehouses nearby. By the end of 2006 the party had outgrown its Brooklyn home and relocated to Home Sweet Home on Chrystie St. in Manhattan where it is held every Wednesday evening to this day. In addition, with the move to Manhattan Pieter expanded the party into a record label - Wierd Records, which has released music by many of the bands who have DJed and performed live at the party, four of whom will be performing at the Music Hall event: Blacklist, Xeno and Oaklander, Led er Est, and Opus Finis. Apart from the over 300 parties and live music events and over 100 released trax of frozen cold music Wierd has produced, on this special occasion Wierd is celebrating more than anything the continuing existence of this tightly-knit underground community of artists, musicians, and DJs that is such a vital part of the energy of both latenight downtown New York City and the outermost recesses of Brooklyn, and truly very rare in this day and age!