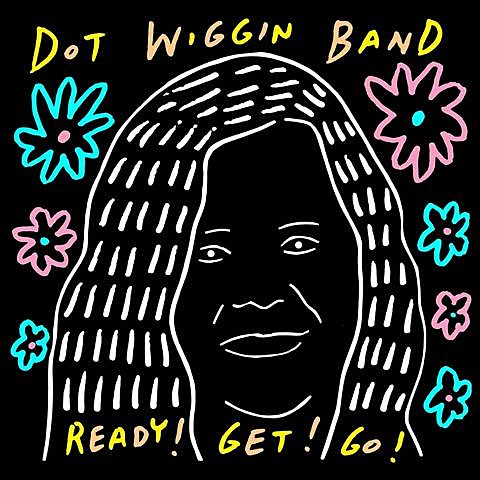 The Shaggs' sole album, Philosophy of the World, is perhaps the quintessential outsider art record with a backstory as interesting as the music itself (which spawned a stage musical ten years ago). After tributes and posthumous praise and references on The Gilmore Girls, the album remains a genuinely strange, created-in-a-vacuum, highly influential piece of pop culture. You can stream it in full below.

Some 44 years later, Shaggs' singer Dot Wiggin is set to release her first-ever solo album, Ready! Get! Go!, via Alternative Tentacles on October 29. That's the cover art above. It's a mix of never-recorded Shaggs' songs and new material too. You can can stream a track from it, "Speed Limit," over at Pitchfork.

Dot, who has played NYC a couple times this year, has a few dates coming up around the LP's release. That includes a NYC date at 285 Kent on November 6 with kindred musical spirit Jad Fair who will be with his former Half Japanese member Gilles Rieder, plus sets from Blanche Blanche Blanche and BEEF. Tickets are on sale now. Dot's also playing with Jad Fair in Baltimore the next night (11/7) at Otto Bar.