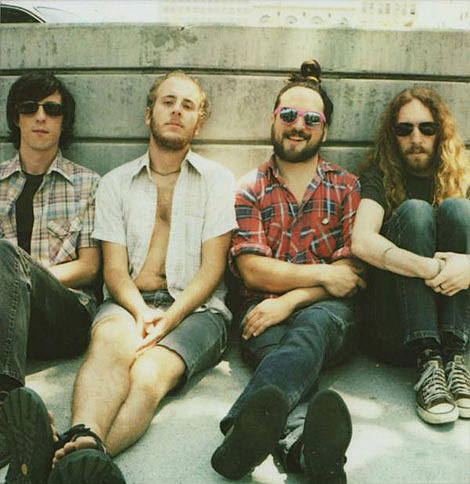 The Neave: How was it playing alongside bands like the Meat Puppets and the Thermals? What artists or bands, if any, would you like to play/collaborate with in the future?

Mayhaw Hoons of The Shaky Hands: To me, the Meat Puppets tour was the best of all time. We had done five shows with The Shins a few years back, and that was amazing, but I feel like we never had a good connection with the fans. They were playing places like the Greek Theatre; an awesome experience, but kind of strange for us. With the Meat Puppets, we were having great shows every night to the best music fans ever. Plus, getting to know the band was a dream come true.

Thermals fans were a bit harder to crack. They are rabid kids. Some nights were amazing; some nights it was crickets. They wanted to get to their beloved Thermals and crowd surf. Every audience is different, but The Thermals themselves were always great to be around, and as I said earlier, we had an awesome time on the road with them.

We would love to tour with the Puppets again. Other great bands would be Big Business, Tom Petty or, I don't know, Shakira?

The Shaky Hands' tour with their Kill Rock Stars labelmates the Thermals came to New York in May. They were also here for CMJ on the heels of their new record Let It Die, which came out in September. The new record's sound is less insistent punk (than their previous LP, Lunglight) and more classic-inspired bar rock.

Their two-week, NYC-to-Cali tour kicks off Wednesday, December 2nd at Knitting Factory Brooklyn, with Takka Takka, Joshua Wise/Eyeses and tourmates US Royalty . Tickets are on sale.

US Royalty will be joining the band for a few of those tour dates before being replaced by The Rural Alberta Advantage (in who are in NYC this January).

All tour dates and Shaky Hands' video for new song "Already Gone" are below...