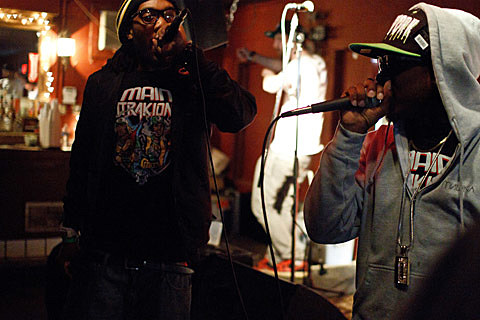 Earlier this month, we mentioned that iPhone/Android app Mobli was throwing a CMJ party with Heems, Sasha Go Hard, Kitty Pryde, Weekend Money, SAFE, The Underachievers, and Party Supplies. That party was supposed to happen today at Delinquency but that venue has since been shut down so the whole lineup (minus The Underachievers and Party Supplies) is merging with the Young One Records showcase, which happens tonight (10/17) at 285 Kent. That showcase, in addition to including the names mentioned above, will have Main Attrakionz, Kool AD, Deniro Farrar, Supreme Cuts, Cities Aviv, Bryant Dope, Ryan Hemsworth, and CBG. SAFE and Ryan Hemsworth are DJing between sets, the rest of the acts are playing live. The show flier and set times are below.

That 285 Kent show is a pretty stacked bill for hip hop, and if you're into stacked hip hop shows like that one, you'll also probably want to check out the Mass Appeal party at Gramercy on Friday (10/19) with Asher Roth, Prodigy (of Mobb Deep), The Alchemist, Large Professor, Mr. Muthafuckin' exquire, Roc Marciano, Boldy James, Ninja Sonik, Bodega Bamz, Alexander Spit, Angel Haze and Timeless Youth. That one's free with RSVP to RSVP@massappeal.com but entry is based on capacity. The flier for this show is below.

As mentioned, Mr. Muthafuckin' eXquire also plays SOB's on Thursday (10/18) and an MTV Studio at Webster Hall the same day. That studio show is with Big K.R.I.T. and LE1F, and when we first mentioned it, a "special guest" was billed who has since been revealed as Killer Mike. Tickets for that one are still available.

That MTV show is an early show (5:30 doors) and after that there's a late show with Chuck Inglish (of The Cool Kids), Ninjasonik, ASAP TyY, Blvckalfred, Vault Boys, MopTop, Chase N Cashe, GDP, Vyle, and Curtains. Tickets for that one are still available.

Cities Aviv, in addition to the Young One show, has other CMJ shows, including the Flowerbooking CMJ showcase at Knitting Factory on Friday (10/19) with Unicorn Kid, Ki:Theory, Devin, Ghost Wave, and Talk Normal (tickets) and the Bond Music Group/PopGun show at Cameo Gallery on Friday (10/19) (late show) with Steven A. Clark, Lushlife, Dark Sister, and Pegasus Warning (tickets).

He also plays the free BrooklynVegan day party at Public Assembly on Saturday (10/20) with The Orwells, Eternal Summers, and the rest of the lineup coming soon!

Showcase flier and set times for the Young One/Mobli show are below. 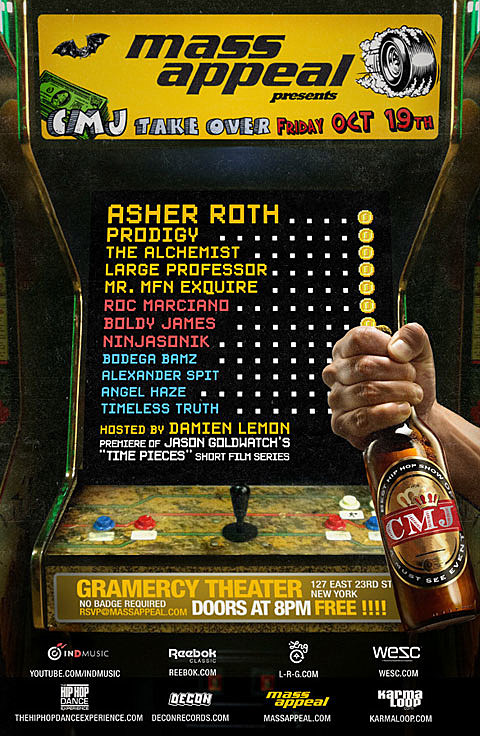 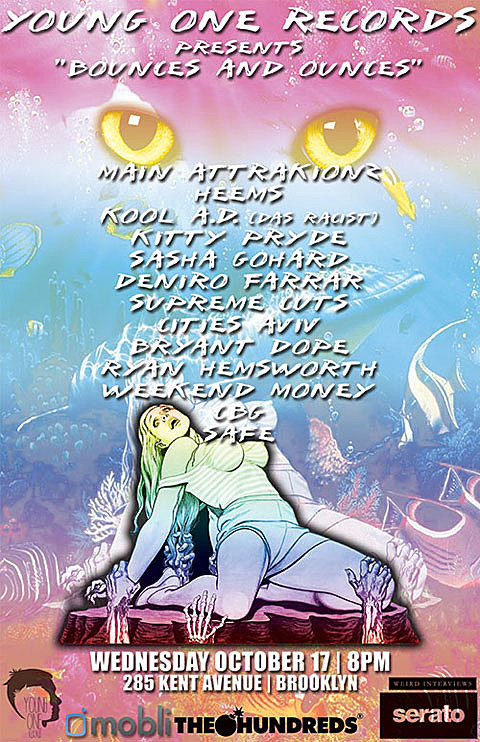