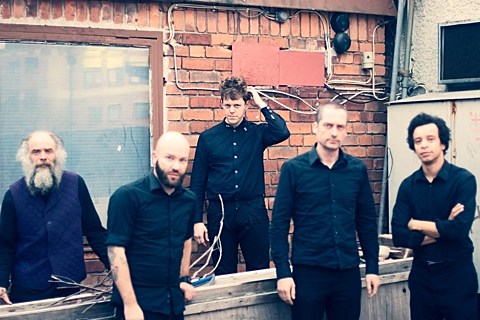 Swedish experimental rockers The Skull Defekts, who count Lungfish's Daniel Higgs as a member, released their newest album with him on board, Dances in Dreams of the Known Unknown, earlier this year via Thrill Jockey. You can get a taste of that from the trippy video for single "The Known Unknown" below.

The Skull Defekts are supporting that album with a short US tour that kicks off in Chicago on Tuesday (4/29). While Daniel Higgs will not be with The Skull Defekts on most of this tour, he will join them at their NYC shows which happen on May 3 at Trans Pecos with PC Worship, Ornament and Zomes (DJs); and May 4 at The Studio at Webster Hall with Sannhet and Survival.

All dates are listed, with that video, below...