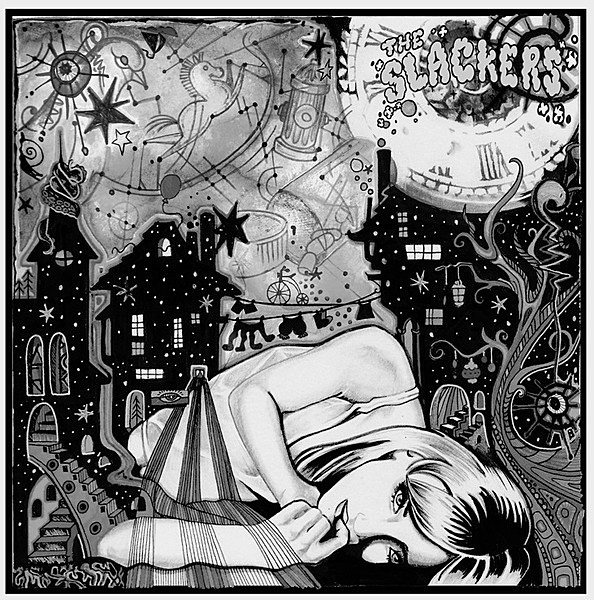 Ska veterans The Slackers will release their first album of new original music since 2010's The Great Rock-Steady Swindle this week (they put out a covers album in 2011). It's self-titled, and they're currently streaming three tracks off of it, "By The Time I Get To Sleep," "Spin I'm In," and "Truth Comes Knocking." You can stream all three below, and download the latter in exchange for your email address here. That's the album artwork above.

The band is also touring, including a hometown NYC show on April 2 at The Bell House. Tickets for that show are available. They also play a Dan Klein benefit show at Brooklyn Bowl on March 6 with The Dap-Kings, The FRIGHTNRS and THE FAR EAST. Tickets are on sale for that one too.

After the tour ends, they play the Asbury Park edition of Punk Rock Bowling with Descendents, Cock Sparrer, FLAG, Dag Nasty, and more.