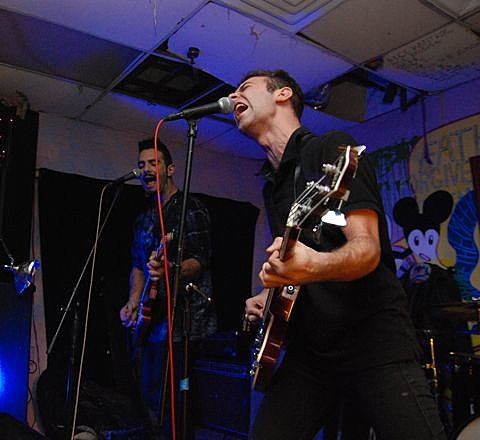 The So So Glos have been playing around NYC for some time now, and they've been experiencing newfound success this year with the release of their album, Blowout, which Stereogum named their Album of the Week. It also inspired Rolling Stone to call them a Band to Watch, and they landed a spot on Letterman this past Friday (4/26) to perform its single, "Son of An American," which you can watch a video of below. The band actually set up a television at Bushwick DIY venue Shea Stadium on Friday night after Weekend's show so they could watch the Letterman broadcast. If you haven't heard Blowout yet, SPIN is streaming the entire thing.

The So So Glos are on tour now with Titus Andronicus (not for the first time). That tour kicked off in CT last night (4/28) and continues in Cambridge tonight. No NYC dates are announced for it, but Titus will play a free show on August 8 as part of the River Rocks series, and The So So Glos are sure to add something in their hometown sooner than later too.

Updated dates are listed, along with the Letterman video, below... 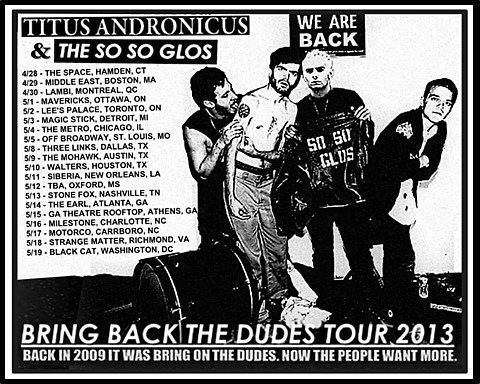 So So Glos watching themselves at Shea Stadium (via @kipberman) 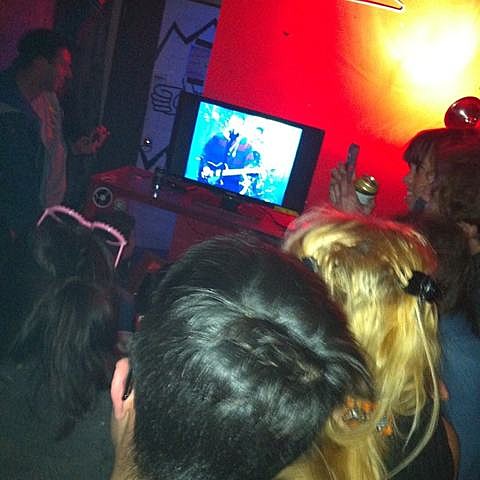