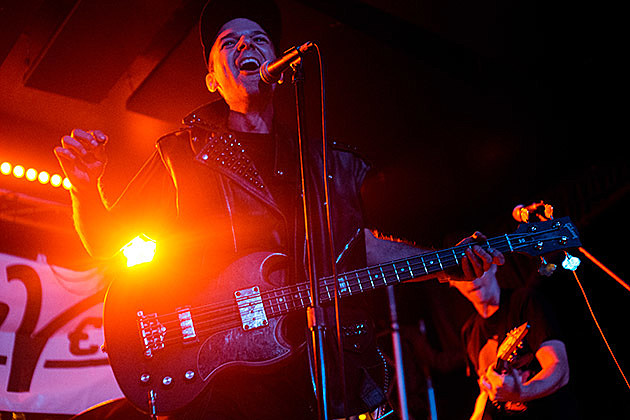 No, the McCarren Pool Parties aren't back, but Brooklyn staples The So So Glos are now throwing free monthly parties at the McCarren Hotel And Pool (160 N 12th St). The band is co-presenting the partes with Bikes In The Kitchen, and the first one happens this Saturday (1/30) with DJ sets from Skaters, Drew Citron of Beverly, Alex Levine of The So So Glos and Carlos Valpeoz of Bikes in the Kitchen. It goes from 10 PM to 2 AM, no live sets, just DJs and dancing. Flyer below.

The Glos are saying they might spin some tracks off their new album, which is called Kamikaze and due out in the spring. Its first single is the recently-released "A.D.D. Life" which is another solid dose of the anthemic punk rock they've been honing for almost a decade. Check it out below. The band is also playing SXSW this year. 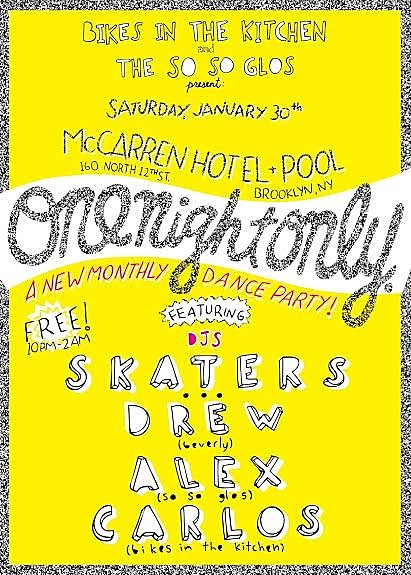