Titus Andronicus at the Firehouse during CMJ (more by Bao Nguyen) 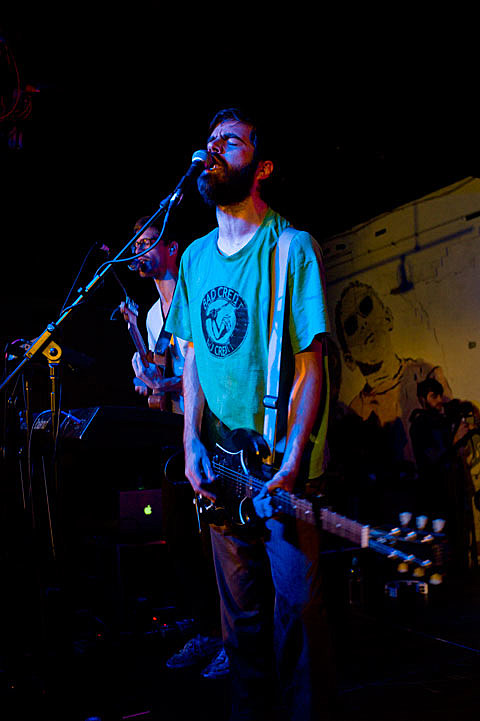 The So So Glos have a pair of shows with Matt & Kim that kick off tonight at Webster Hall (10/26 and 10/27), AND the band will do one more NYC date in the very near future. In fact, the band will team up with Titus Andronicus to play a free Hornitos-sponsored show at Matchless on 10/28! The show is private, but you can RSVP to the Facebook event to attend (you have to be logged into Facebook for the link to work).

Titus Andronicus played (an unfortunately short set at) Public Assembly as part of the BV/Converse Day Party on 10/23 - pictures from that shindig are on the way. The show was one of two for the band on 10/23, as they also played the #OFFLINE party at Brooklyn Bowl later that night (including the above-pictured show, it was three total during CMJ week for Titus). Video from the Pitchfork show, as well as full tour dates for both bands, are below.