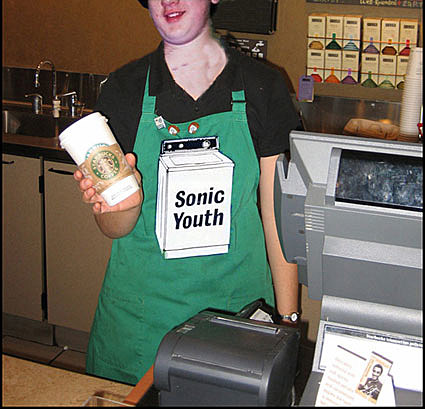 Sonic Youth has finalized the track list for its compilation "Hits Are for Squares," due June 10 exclusively in Starbucks stores in New York, Los Angeles, Chicago, San Francisco, Seattle, Boston, Philadelphia and Washington, D.C., as well as online.

Obviously this association with Starbucks is going to piss some people off, but Thurston doesn't care. Check out the tracklist below...

Hits Are for Squares