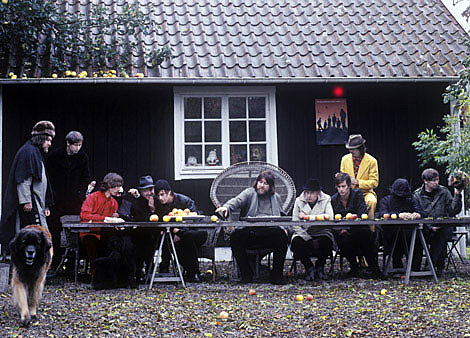 Sweden's supreme masters of epic riff rock, baffling psychobable, and expertly executed Rock Moves, The Soundtrack of Our Lives are heading back to the United States in February -- including a stop at The Filmore at Irving Plaza on 2/16. Tickets are on sale. On February 27th they have a San Francisco show that is part of the 2010 Noise Pop Festival...

TSOOL's most recent album, the double CD Communion, came out way back in January and has held up extremely well over the last 12 months. It's well worth seeking out if you haven't yet. And the band remain a live force to be reckoned with -- their show at Music Hall of Williamsburg last March was one of my favorites of 2009.

All TSOOL tour dates, plus some videos, are below... 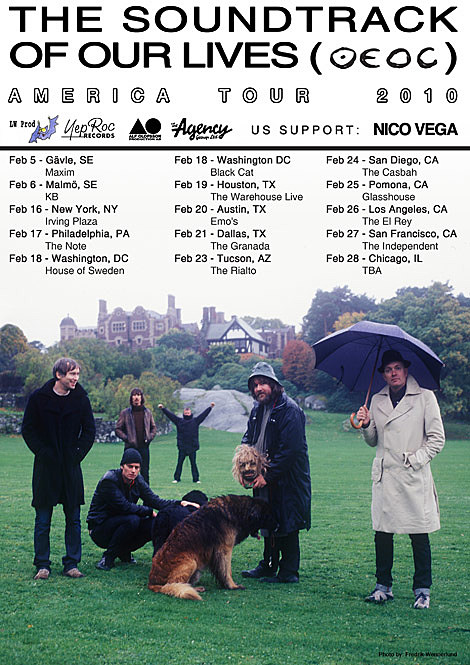