most of these guys are getting back together 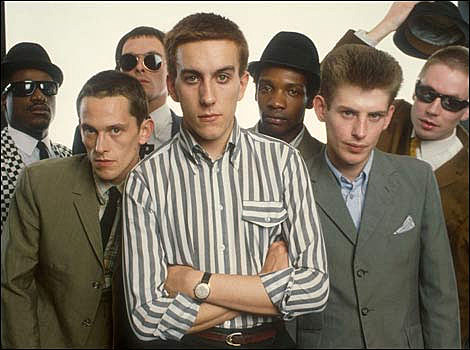 The Specials will finish their reunion tour next May with a special gig in their hometown of Coventry. The band have now been confirmed to play the city's Ricoh Arena on May 15. As NME.COM previously reported, The Specials are reuniting to celebrate their 30th anniversary. [NME]

Hopefully this will lead to some US shows as well. Controversially, keyboard player Jerry Dammers will not be part of the reunited band. All UK dates below... 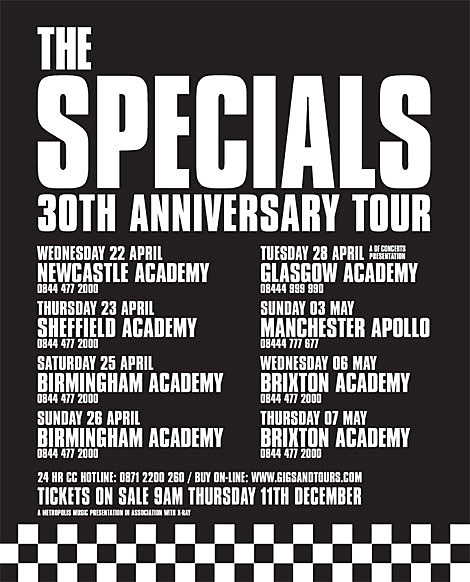