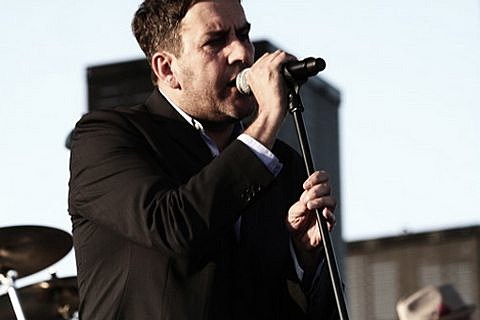 The NYC shows are still on, and the Toronto show is already re-scheduled for the 4th week of August pending clearing dates/holds at the Sound Academy of which we hope to announce the re-scheduled date this Friday afternoon (4-23)

All original tickets will be honoured for the August 2010 date, and as usual full refunds will be available (starting Monday) at the original point of purchase until the end of June

Please don't e-mail any of us or call looking for more info as there is isn't any to give other than I'm personally emotionally heartbroken over the postponement, and so are all the Specials, who have been here since sat night ready to skank out - but since we've all been waiting 29 years for this re-birth, what's a couple of more months? and besides, anyone looking to hitch a ride with me to NYC Tue or Wed?

That message comes from Collective Concerts, the Canadian concert promoters (who I see also have a cancelled Chapterhouse date on May 1st). So many cancellations! They can't blame this one on the volcano. Hopefully everyone in the band is okay.

The Specials have so far played Jimmy Fallon and Coachella. Toronto and the NYC shows were all they had left on this short North American tour. As you can see above though, they will be back in August. That trip includes a NYC show too.

Videos from Coachella (where a rude boy from Yo Gabba Gabba was skanking on the side of the stage), below...