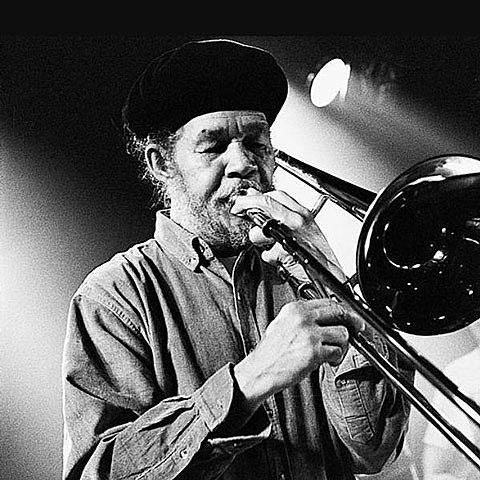 Sad News: Emmanuel "Rico" Rodriguez who played with the original lineup of The Specials and The Special AKA, died on Friday (9/4) at age 80. Born of a Cuban father and Jamaican mother in Kingston, Jamaica, Rodriguez played on dozens of reggae records in the late'-60s and '70s before hooking up with the Two Tone ska revivalists where his trombone style became a signature component The Specials' sound. He also cut a couple singles for Two Tone, "Jungle Music" with The Specials and a cover of "Sea Cruise" which was released just as Rico, as well as two early-'80s solo albums.

Rico, you'll be missed. Rest in peace. For those in London, there's a special Rico tribute happening this Friday (9/11). From Bim Skala Bim's Facebook page:

Rico's children and wonderful close friend, Rasta Larry, will be attending the special honorary show next Friday 11th Sept (planned since last year), at the 229 Club in London, where Rico was due to attend and receive an award accolade, from the Jamaican High Commissioner (along with Owen Gray and Prince Buster). The family will receive the award on Rico's behalf. The night will include a speech by Jerry Dammers and performance by The Neville Staple Band, plus other special guests.
Bless you Rico. Your legendary name and music will live forever.

Flyer for the tribute show, plus a few of Rico's songs with The Specials and his solo singles, below... 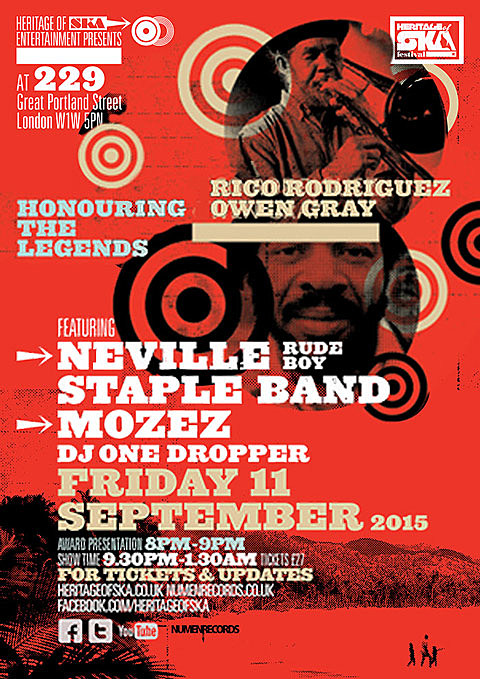