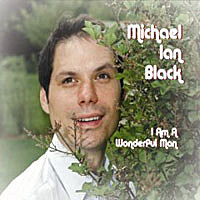 For fans of The State, there is some good news and some bad news floating about. The bad news is that the highly anticipated State DVD has been put on hold by our friends over at MTV. This truly pisses me off. From the official State website:

* * * NOTE (Nov 1, 2007): We are sorry to report The State DVD is now NOT being released this fall. We worked closely with MTV to make a great DVD set with lots of extras for the show, and the DVDs are completed, but they has chosen not to release the set at this time. We don't know why.

The fact that the DVD project is done makes me hopeful that MTV will snap out of it and get this stuff in stores at some point in time. Until then, shame on you MTV.

There's plenty of good news to off-set the bad. First off, The State is reuniting for a new sketch movie. For reals! Michael Showalter and Michael Ian Black have been touring (and I don't just mean blogs). They'll be at Irving Plaza on December 1st (tonight). The Michaels also recently released CDs that you should buy because they're really really funny. Also, The Ten DVD is coming out on January 15th. Also, read this. -Klaus