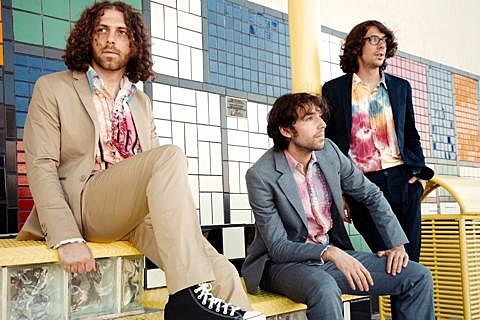 Connecticut psychedelic soul trio The Stepkids are gearing up for the release of their second album, Troubador, due out later this year on Stones Throw. The first single, "Sweet Salvation," appeared late last year on an EP of the same name, and the band more recently made a sci-fi-themed video for that track which you can watch below.

The band will be hitting the festival circuit this summer -- like Bonnaroo in June -- but have club dates too, such as one here in NYC at Brooklyn Bowl on May 22 with King Holiday and Every Flavor Weather Machine. Tickets for that show are on sale now. All upcoming tour dates are listed below.