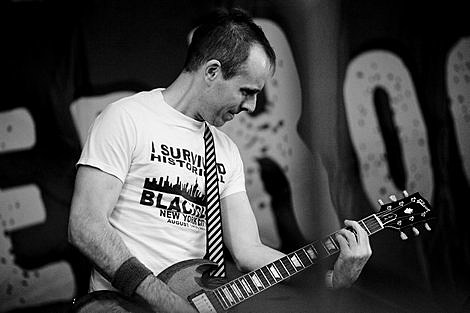 Ted Leo is one of many the acts lined up for the space at 107 Suffolk St (alternately called The Suffolk, Flamboyán Theater and Clemente Soto Vélez Cultural Center) during this year's CMJ Festival. The space, which also has a "beach" bar, isn't unaccustomed to shows - it hosted Ponytail in April - but around this time of year its usually set up as a haunted house (now housed elsewhere).

Ted Leo (now on Matador) will be headlining a True Panther/Matador Records showcase at the Suffolk on Friday, October 23rd. The impressive lineup for that night includes Glasser, Harlem, Cold Cave (who just played NYC with Faust) and Lemonade (who have many other CMJ shows, listed below). It's one of the official CMJ shows there (full schedule is below).

That gig is one of two shows set up by True Panther - on Saturday, October 24th they're also putting on a show at Pianos with Restless People (mems. of Professor Murder/Tanlines who debut five days earlier at Santos), Janka Nabay (backed by Javelin), Glasser (backed by Tanlines), Delorean and Lemonade. Flyer below.

Finally, it should be noted that The Suffolk has a "back room" and that will also be hosting shows, including a Japanther performance on Wednesday, Oct. 21st (Fool's Gold is also on that bill).

Schedules and flyers for all of the above shows are below...

this one is at Pianos... 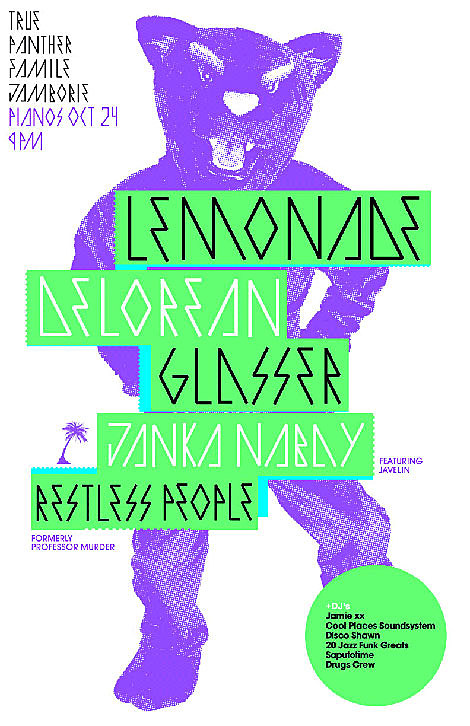 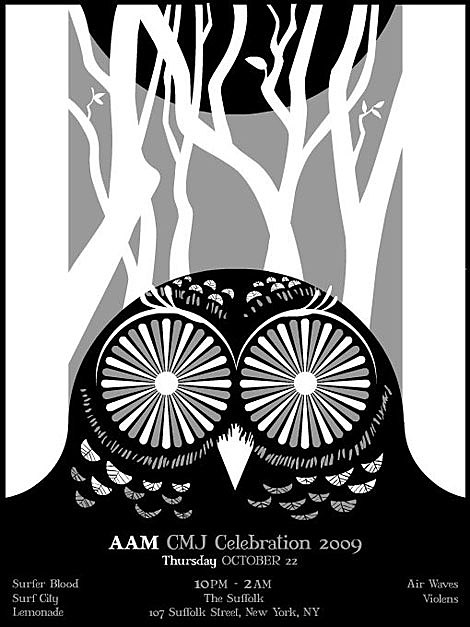