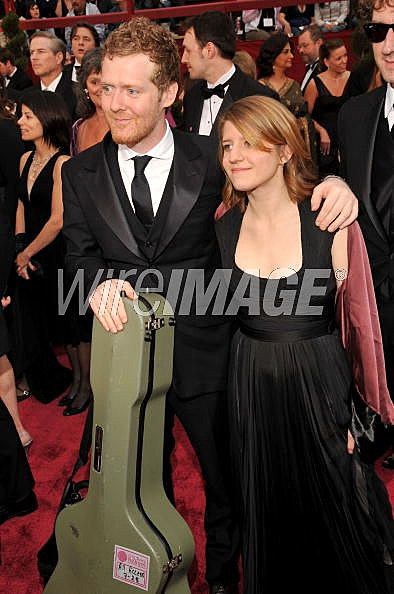 'There is a certain poetry in a Grafton Street busker playing the Oscars," grins Glen Hansard.

"I feel like a plumber at a flower show. The indie rocker in me wants to say it's a load of bollocks, but if you are gonna get an award in this life, why not try and get yourself an Oscar?" The 37-year-old Dublin musician's life has the kind of fairy-tale arc that would make a good film, if it hadn't already been turned into one.

Hansard is the co-star of Once, a shoe-string budget feature (made for under £100,000) about an Irish busker and his platonic relationship with a Czech immigrant, played by 19-year-old Marketa Irglova. From extremely humble beginnings ("We never even thought it was going to get released, we just thought we might sell some DVDs after gigs"), it went on to win an award at the 2007 Sundance Film Festival and become one of the art-house hits of the year, grossing $7 million in its first three months. Hansard and Irglova have been invited to perform their duet "Falling Slowly" at tomorrow's tonight's Oscars, where they have been nominated in the Best Original Song category. [Telegraph]

Next up: Radio City Music Hall, and another tour.....