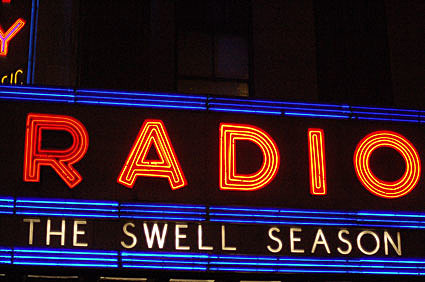 The Swell Season (Glen Hansard & Marketa Irglova performing songs from the motion picture Once) played a triumphant, sold-out, and emotional (though at times a bit 'adult contemporary') two hour show at Radio City Music Hall in NYC last night (May 19, 2008). A setlist will surface soon enough and that will help summarize things better than I can do right now, but... there was a lot of storytelling, a shout-out to Pianos where they played two years ago, two Van Morrison songs, Marketa's singing sister from the Czech Republic, an opener from Ireland who later came on stage with the Swell Season, a violinist who played one of his own songs, and at least two standing ovations. There was not any Kraftwerk or Pixies.

The Swell Season's next NYC show will be at Rumsey Playfield in Central Park (Summerstage) on September 17, 2008. Tickets go on sale Thursday. 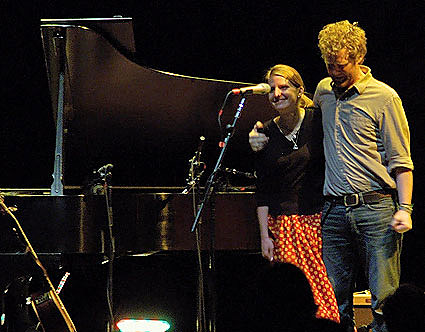