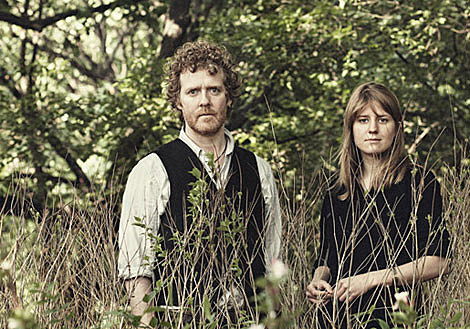 August 10, 2009 - Glen Hansard and Marketa Irglova record and tour together using the name The Swell Season, which is a shorter but far less descriptive moniker than "Glen Hansard and Marketa Irglova, Who Won Oscars for the Song 'Falling Slowly,' From the Hit Indie Musical Once." So when we informed our coworkers that last Wednesday's Tiny Desk Concert would feature the pair, the response generally ran somewhere along the lines of, "Um, okay. ... Wait, who? THEM? REALLY?"

Hansard and Irglova stopped by our Washington, D.C., offices as a way of passing time between trips to New York and Denver, with the understanding that 1) we'd set up a keyboard for Irglova to play; and 2) they'd be expected to perform the standard three- or four-song Tiny Desk set. Both plans fell by the wayside quickly. The gigantic keyboard we'd provided would have been far more suitable had Irglova been a member of Emerson, Lake & Palmer, so they opted to scrap it and huddle up around Hansard's battered acoustic guitar. And three songs? Well, that wouldn't do. Hansard kept asking to play longer; not surprisingly, he met little resistance." [NPR]

That blurb comes from NPR where The Swell Season performed six of the new songs that appear on their new album, Strict Joy, which will be released by Anti- on October 27th. The studio version of one of those songs is also available for download above. IFC is streaming one of the others. Full tracklisting is with the cover art below.

According to a news posting today, The Swell Season will be announcing a full North American tour next week with a presale for most tickets going on sale September 9th. They also list a few previously announced shows including November 18th at The Wiltern in LA. What isn't there is the show they're playing at 92YTribeca in NYC on September 14th which is ON SALE NOW. All dates below... 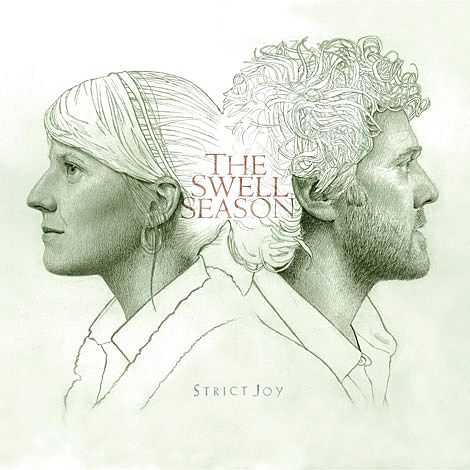