photo: The Sword in Austin in 2013 (more by Sarah Linder) 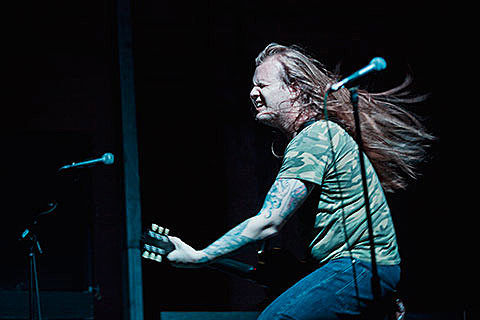 Austin riff-dudes The Sword have announced some tour dates for 2016 behind last year's High Country LP. The tour features two legs, the first supported by Royal Thunder, and the second by Purson.

The second leg of the tour will take them through NYC for a show at Brooklyn Bowl on May 17. Tickets for that show go on sale Friday (1/29) at 10 AM.

Listen to the song "High Country" and check out all tour dates for the Sword below...