The Sword @ IFC House in Austin 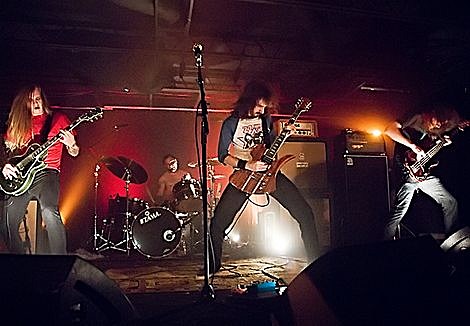 IFC House at SXSW this year was a venue dedicated to all things IFC. Bands performed in front of video cameras for webcasts and possible IFC channel tv coverage. They had everyone there from Neon Indian to Broken Social Scene to The Sword who played a show in conjunction with a Dinner With The Band party at the venue. Chef & DWTB show host Sam Mason, and show creators Greg and Darin Bresnitz, were among those in attendance at the packed metal and food event. Pictures from that show are above and below.

The IFC Channel's rock 'n roll cooking show, Dinner With the Band, kicks off its official first season, with ten new artists, on Tuesday, April 27th (it then airs on the cable channel every Tuesday at 10:30pm). That's still two weeks away, but another party in the show's honor will happen at Santos Party House in NYC tonight (4/12). The free event will feature DJ sets by Au Revoir Simone and Vega, and live performances by Gators! (they wrote the show's theme song - MP3 above), Bad Brilliance, and CX Kidtronik. Andrew WK, along with Sam and Thu Tran, host the night which simultaneously celebrates Thu's IFC show "Food Party" (whose new season starts in two weeks too). "There will be FREE Thu Tran inspired munchies, beer and Sam Mason signature cocktails from 7-8PM". The flyer, along with more pictures from the Austin show, below... 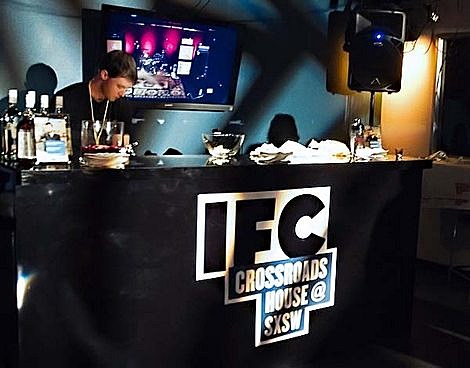 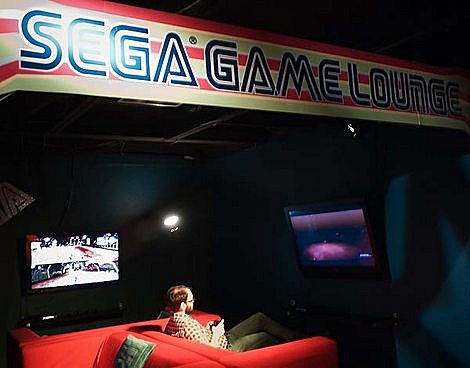 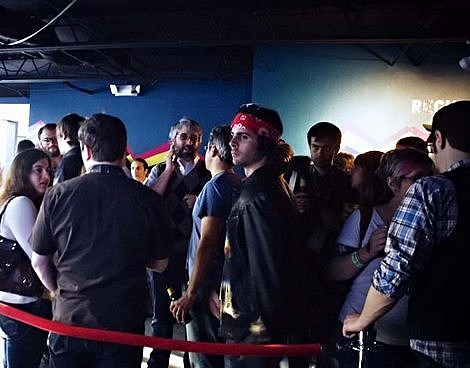 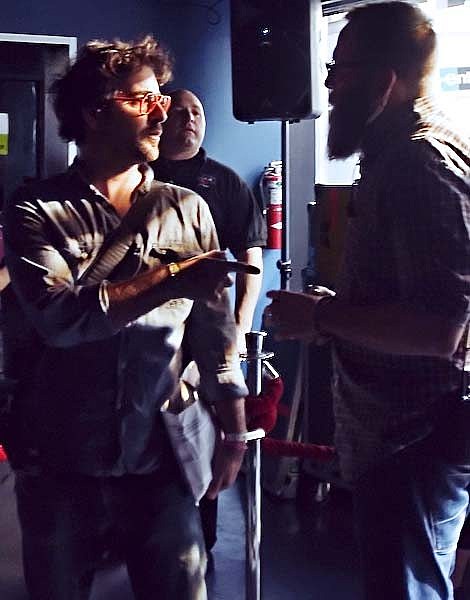 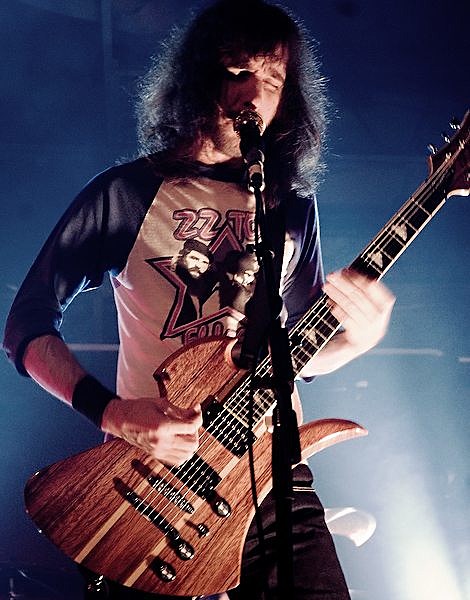 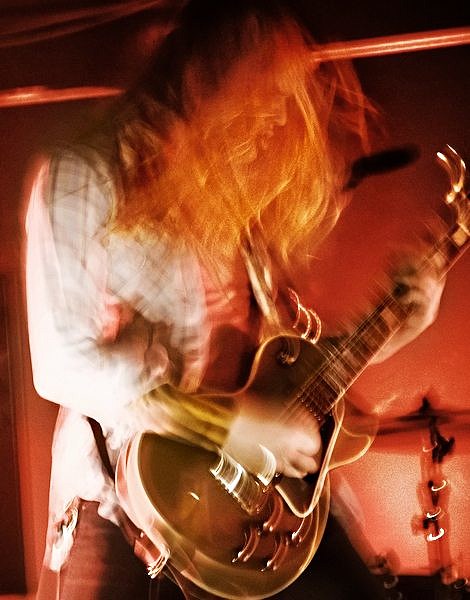 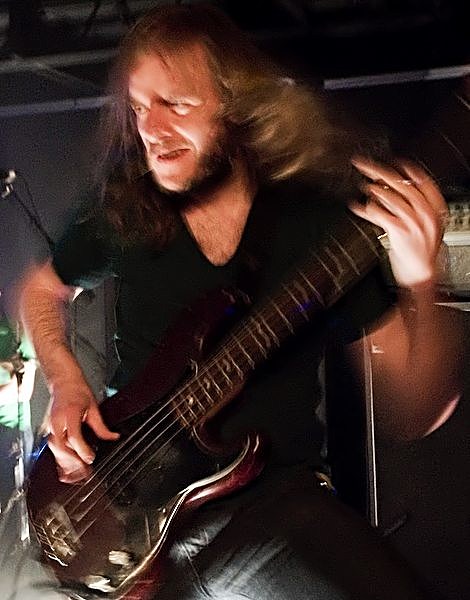 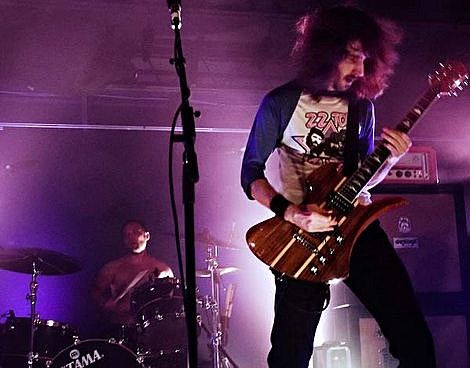 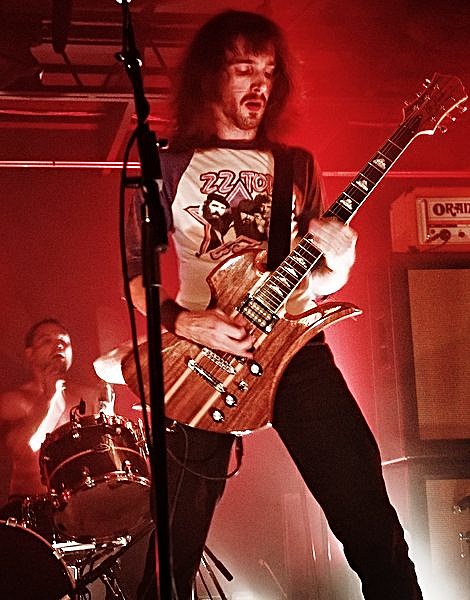 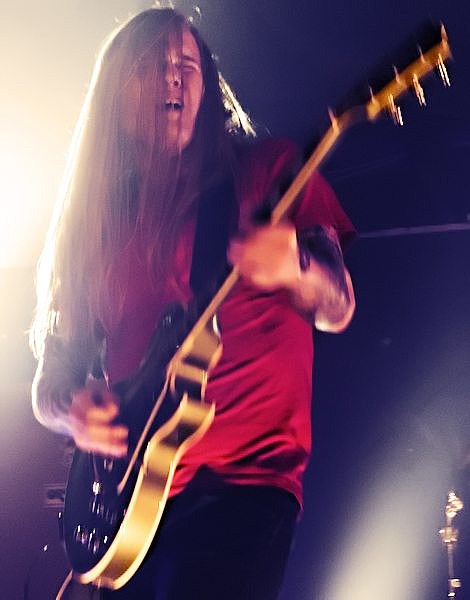 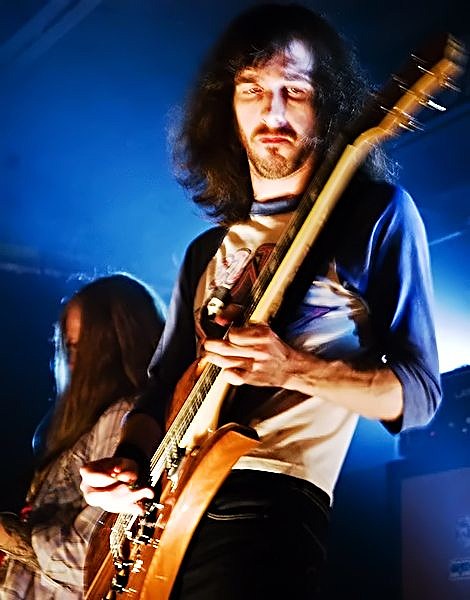 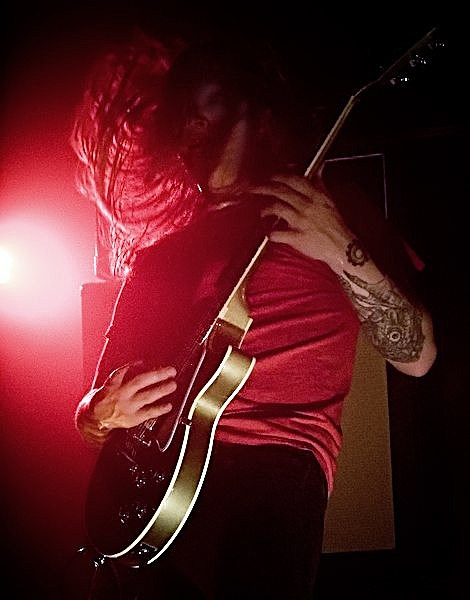 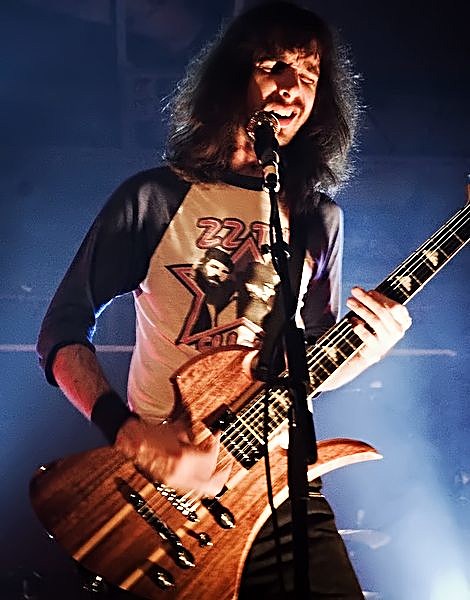 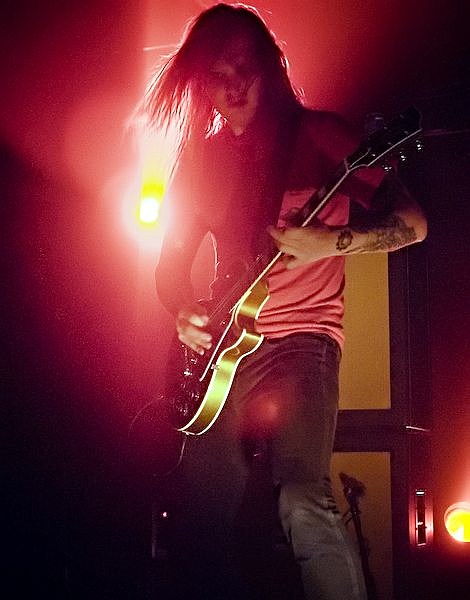 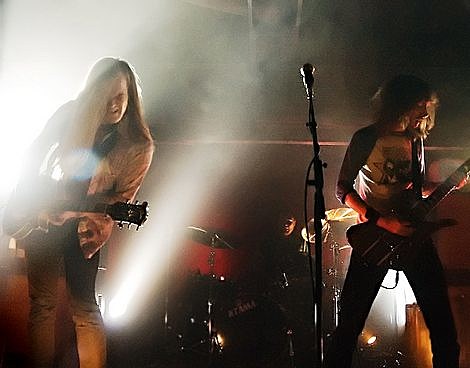 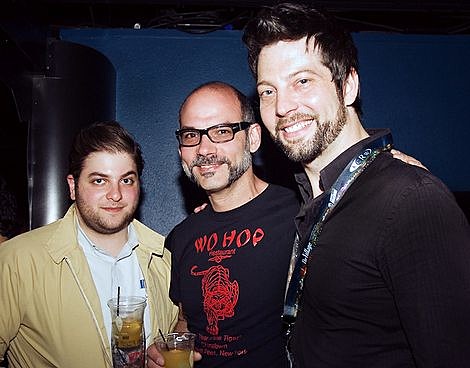 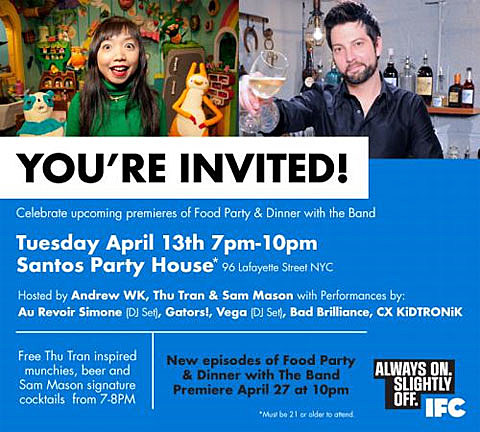