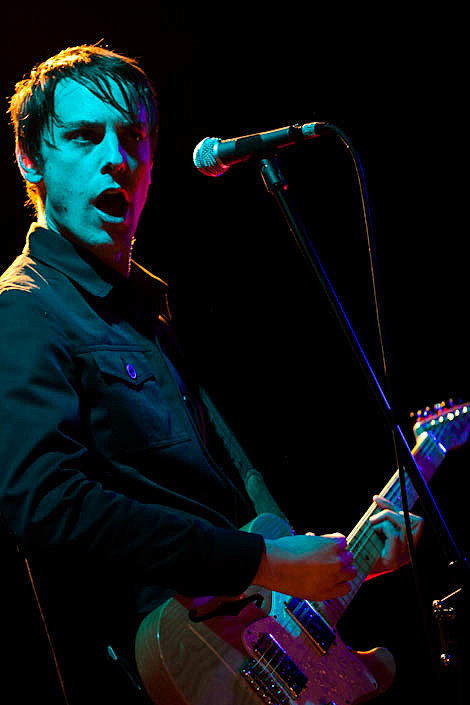 The bad news (for me at least) is that The Thermals aren't playing any of the TBA BrooklynVegan shows at SXSW this year. The good news is they will be there and playing eight others! Maybe not as many as the Mae Shi in 2008, but they will definitely be busy between March 18th and March 21st while in Austin, Texas.

More good news... The Thermals are going on tour with their Kill Rock Stars labelmates The Shakey Hands in April. That includes two nights in a row at Bowery Ballroom - May 8th & 9th. And there is a new 7":

This 7" is limited edition AND If you order from Kill Rock Stars directly it will be on the uber limited white vinyl!

Download the song for free, as an MP3, above. All tour dates below...