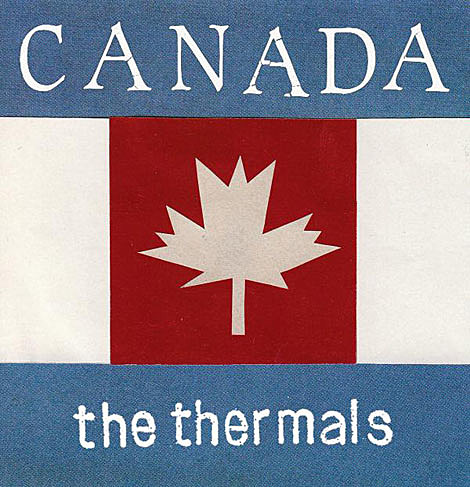 The Thermals have added a second NYC show to their upcoming tour. In addition to their already-announced April 20th show at Brooklyn Bowl, they'll play again at the same venue on April 21st. Tickets go on sale Thursday, February 25th at noon (and tickets are still on sale for the first night too).

The Thermals' new record and Kill Rock Stars debut, now officially called Personal Life, is still quite a ways off, with a release date of September 7th. A bit sooner, the band is planning, (like Fucked Up) a Record Store Day 7-inch split with the Cribs, which'll include new song "Separate." And a few weeks ago, the band dropped a brief pre-Olympics ode, titled "Canada," that was inspired, so the story goes, by a bad gig in Buffalo (and we're guessing the inevitable dinner at Mighty Taco). Stream that track, available on iTunes, below along with their their updated tour dates...

The Thermals - Canada  by  killrockstars