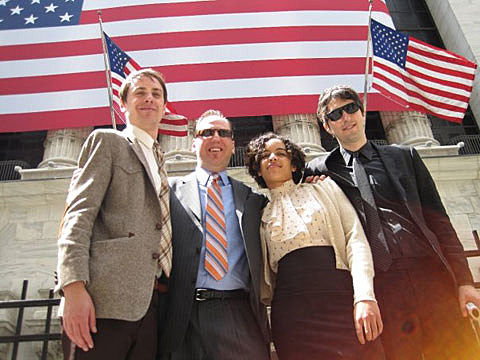 The Thermals recently announced an NYC show that's happening July 1st at The Bell House after their tour with Matt & Kim, but no need to wait that long to get a dose of the Portland band. They've announced another PAIR of shows.... and in the next two weeks! Tickets are on sale for both a May 1st appearance at Maxwell's as well as a May 5th show at Le Poisson Rouge, both occurring weeks before their North American tour even begins.

The Thermals are currently touring through Europe with The Coathangers. Updated tour dates are below.