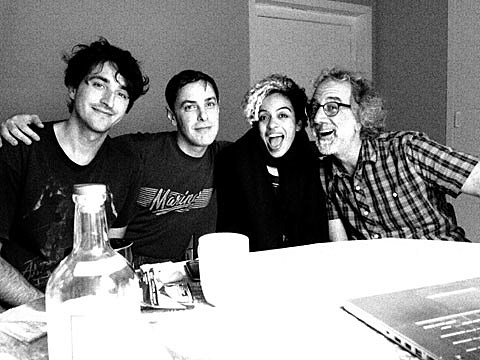 The Thermals hope to have the new record released in early spring of 2013, and will be making (m)an(y) appearance(s) at SXSW in March. Almost two and a half years have passed since their last record, Personal Life (Kill Rock Stars, 2010) came out. But as David Lynch told Louis C.K. in his three rules for show business, "You gotta go away to come back".

The Thermals describe the upcoming album as "Everything Thermals fans know and love about this band. It's like a cross between two of our best-known and -loved records, More Parts Per Million (Sub Pop, 2003) and The Body, The Blood, The Machine (Sub Pop, 2006.) It's loud, fast, incredibly scary and undeniably catchy."

This good news of course comes not long after really bad news related to the Themals, as their ex-bandmate Joel Burrows passed away not long after they finished the new recording.