The Thermals in Austin in 2011 (more by Tim Griffin) 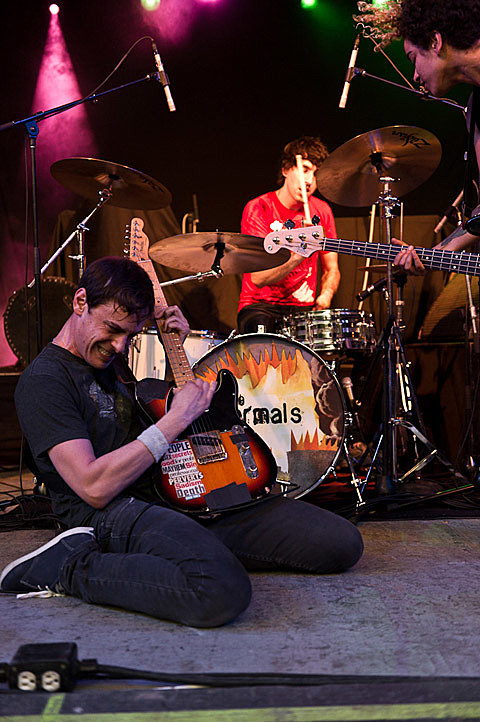 It's been ten years since The Thermals released their great, scrappy debut, More Parts Per Million, and as mentioned, their sixth album will come out at some point this year. No release date or title has been announced for that yet, but the band did reveal that they'll reissue their first three albums (aka the three albums that came out on Sub Pop) on March 5 on vinyl. Those albums, in addition to More Parts Per Million, include Fuckin' A and The Body, The Blood, The Machine, plus the rare "No Culture Icons" 7".

The Thermals will also be touring this way to SXSW this March, and on the way they'll play two NYC areas. We at BrooklynVegan are proudly presenting the Brooklyn show on March 7 at 285 Kent with Habibi, and tickets for that show are on sale now. The band will also play a Hoboken show at Maxwell's on March 9 and tickets for that one go on sale today (1/24) at noon.

A list of all dates and the classic video for "No Culture Icons" below...