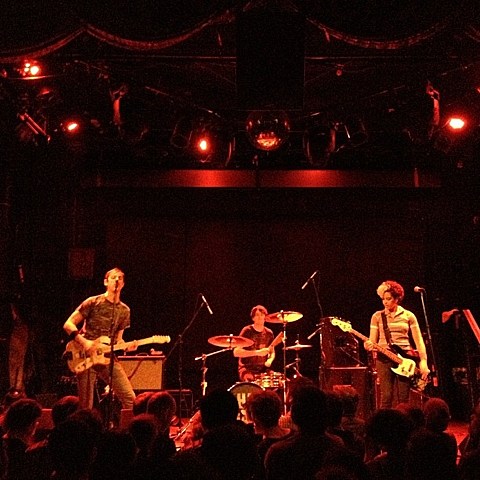 The Thermals have been on the road in support of their new album, Desperate Ground, which dropped this past April via their new label home of Saddle Creek, and they swung through NYC last night (not for the first time this year) for the first night of their two-night run at Bowery Ballroom (5/28-29).

It was a great show start to finish with a triple billing of bands that blur the lines between indie rock and punk, kicking off with a set from Philly's Hop Along. Playing as a four-piece rather than their usual setup as a trio, Hop Along kicked off their set with a new song (which they said debuts on June 5), and then went into a number of cuts from their killer (and underrated) 2012 album, Get Disowned like "Laments," "Young and Happy!," "Tibetan Pop Stars" and plenty of others. The crowd was already at a pretty decent size during their set and from looking around a good deal of people towards the front knew every word.

Following them was Screaming Females, who open both Bowery Ballroom shows, and for a band who never seem to disappoint, they were especially on last night. Maybe it's because they're fresh off a tour with Garbage that mainly hit big venues, but they just sounded way too huge for Bowery Ballroom. And I might have been imagining it, but it seemed to me like they picked the songs with the most guitar solos for last night, because Marissa was wailing away almost that whole set, making it even more tremendous.

Finally, the headliners of the night, The Thermals, took the stage and kept the show on a total high. Their usual antics were intact with singer Hutch Harris only waiting about 4 songs to run off stage and play guitar in the audience, and a few songs later drummer Westin Glass was crowd surfing and high fiving everyone. As usual, their set was all high-octane pop punk with no slowing down, and included a number of classic cuts like "No Culture Icons," "Returning to the Fold," "Now We Can See," "It's Trivia" and tons more, in addition to many of the highlights from Desperate Ground. The crowd was loving it too, pushing each other around, stage diving, yelling every word, and both the crowd and band were all smiles the entire show.

Screaming Females - "It All Means Nothing" Official Video 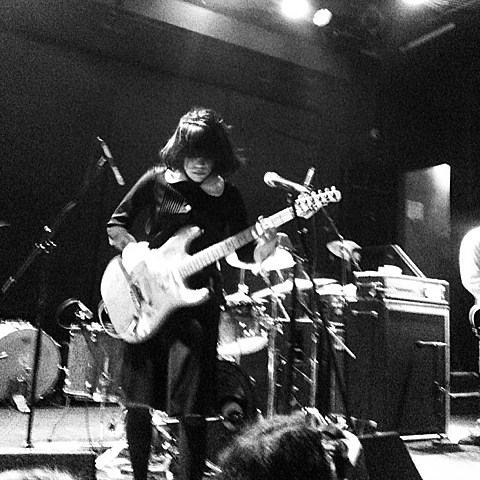 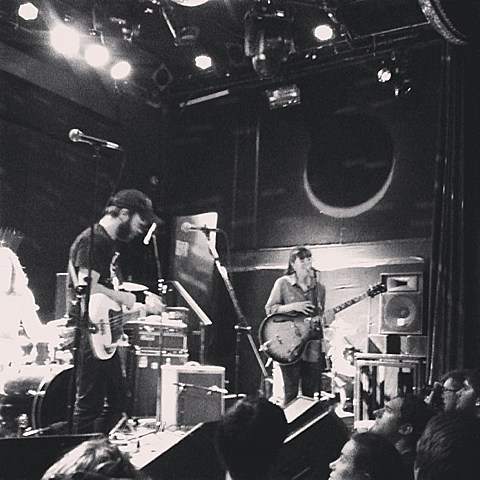