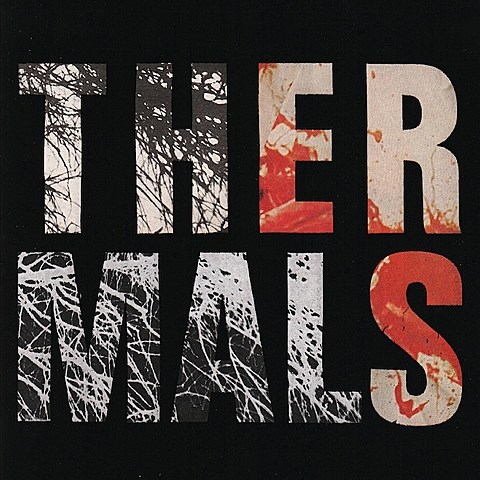 As discussed, in addition to reissuing their three Sub Pop LPs this March, The Thermals are releasing a new album this year, and details on that have finally arrived. The band have signed with Saddle Creek for the new album, a label they have "known and admired for many years." According to a press release:

The Thermals and Saddle Creek have a long history of sleeping on floors together: The Thermals have toured with Cursive and Ladyfinger, and Hutch and Kathy organized the first Bright Eyes show in Portland way back in 1999.

The new album is called Desperate Ground and it will be out April 16. That's the album art above and the tracklist is below. Desperate Ground was produced by John Agnello (Sonic Youth, Dinosaur Jr).

As mentioned, The Thermals will be touring their way to SXSW this March and stopping in the NYC area for a BrooklynVegan-presented show on March 7 at 285 Kent with Habibi (tickets) and another on March 9 at Maxwell's with TEEN (tickets).

Desperate Ground Tracklist:
1 Born to Kill
2 You Will Be Free
3 The Sunset
4 I Go Alone
5 The Sword By My Side
6 You Will Find Me
7 Faces Stay With Me
8 The Howl of the Winds
9 Where I Stand
10 Our Love Survives