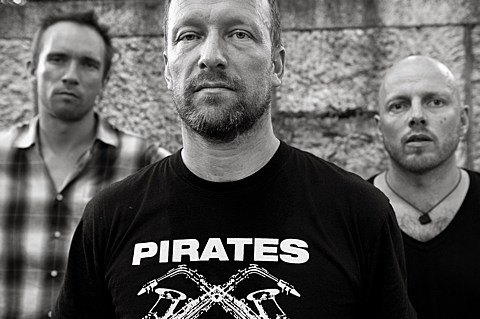 Swedish free-jazz saxophonist Mats Gustafsson has a number of European dates with his trio The Thing (with bassist Ingebrigt Håker Flaten and drummer Paal Nilssen-Love) coming up, and he'll also bring them to NYC for a show at the Guggenheim museum on November 20th in celebration of the Christopher Wool exhibit. Also on the lineup for the eclectic event are punk vet/writer Richard Hell (who recently released his autobiography), no wave vet/composer Arto Lindsay and jazz multi-instrumentalist Joe McPhee. Tickets are on sale.

The Thing's new LP, BOOT!, will be out November 12th and you can hear their skronky, distorted cover of John Coltrane's "India" below. According to the band's website, they also have a few more records coming up in the next half-year, including two more LPs and a collaborative live album with Sonic Youth's Thurston Moore (who is touring and playing NYC on NYE) due in spring.

Hear the song below...