Does it Offend You, Yeah? @ Webster Hall (more by Chris La Putt) 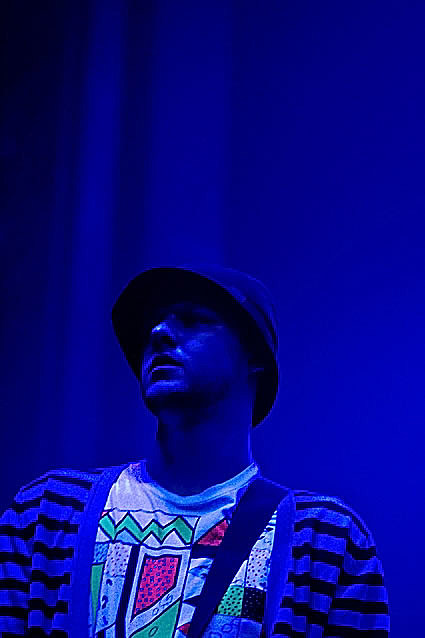 Hopefully you had a good Labor Day weekend in dance. I started mine off with two great deejay sets at Santos last Thursday night. The first was Pharrell'. It was before 11:30 and he already had the floor getting progressively more packed and moving to a set that was surprisingly more melodic and on the groovy house/slightly discoey side than I expected from one of the Fluo Kids. Around 12:30 33hz played a set. It wasn't the best I've witnessed from them. Their usually fun and pleasant retro-pop jams seemed less lively and sounded fuzzy which I credit largely to a robot voice effect they used on the lead vocals for the entire show. Close to 1:30 Alan Braxe went on and treated the crowd to a set that was the perfect balance of classic and updated French house with tasteful hints of electro. We were having such a good time that I don't remember too many tracks specifically, but a few he played were his and Fred Falke's remix of "Bossy" by Kelis. He teased with, but never fully dropped "Music Sounds Better With You". He played "Lumberjack" by Alan Braxe & Kris Menace, and the banging ending of his set consisted of Soulwax's "E Talking" into "Hung Down" by the Presets (both of whom are touring and will be in NY soon-ish). The whole time Alan was really getting into it - clapping, smiling, etc and the crowd reciprocated, mirroring his enthusiasm as they hit the floor.

For me the weekend wound down from there. Saturday I caught a half hour of Hey Convict!'s set at P.S.1 which was decent and very disco-oriented. I took James Chance and the Contortions' set that followed as an opportunity to get some food and hang out, as even after listening to a few songs, it all just sounded a bit too improvised/noisy to me. By the time it was nearly 7:30, I think I was as excited as I've ever been (or will ever be) to hear Matthew Dear. His set with Ryan Elliott started off much more energetic and banging than when I saw him at One Step Beyond a few months back and for a few moments I was feeling optimistic about the set. Unfortunately that was short-lived as things started to sound too repetitive too quickly. There is also something about the beats and effects in Dear's style of music that sounds very sterile (to me).

On a more positive note, there is plenty going on this week again: 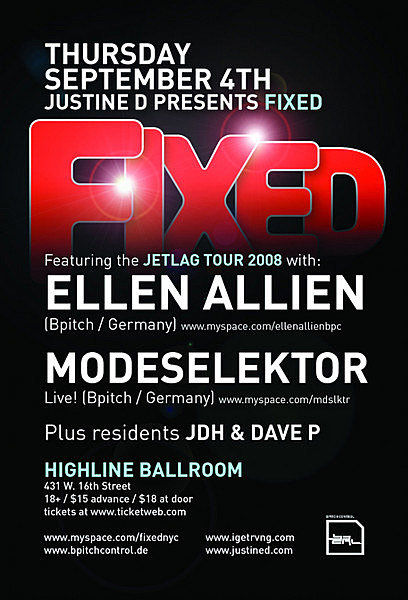 Thursday night Modeselektor returns to New York for the second time this year. Their show at Studio B last time was awesome (Bjork even came out for it), but too short! I was hoping Thursday night's set would be longer, but I just read the following from Fixed:

Ellen Allien Will Be Playing Before Modeselektor.
The Approximate Set Times Are:

I've seen Ellen Allien deejay at APT and thought her set was less than amazing. However, I've read only good things about her since then and in all fairness the show I went to was nearly 4 years ago. I am hoping to be pleasantly surprised. And if not, or if you aren't into Ellen/Modeselektor there is no shortage of other things happening Thursday night, such as... 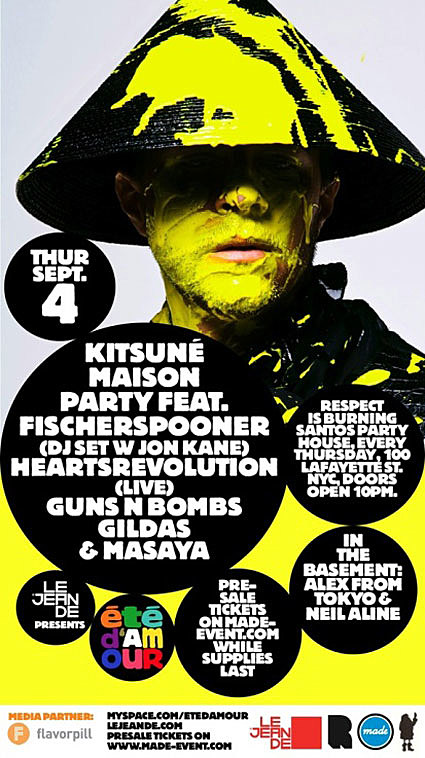 Ete D'amour is going strong at Santos - haven't been to a bad party yet. This week the bill is stacked, featuring Gildas & Masaya from one of today's hottest French record labels, Kitsune (home to Digitalism, Cazals, autoKratz, and Fox'n'Wolf, plus numerous one-off releases from artists not on the label), as well as a deejay sets from Fischerspooner and electro duo Guns N Bombs (who were recently sponsored by Korg - check out the interview), plus a live set from Hearts Revolution.

If you're feeling more UK-oriented, Does If Offend You, Yeah? (who just played here a bunch) are deejaying at Hiro. I've heard mixed things about their live shows, but I downloaded a mix of theirs way back last May and it continues to bang over a year later. Thursday's party is also a record release party for my favorite Brits, the Chemical Brothers who are celebrating the release of their best-of album, Brotherhood which was released on the 2nd and features a number of their hits from years past (tracklisting below). The deluxe double-CD edition comes with a bonus disc featuring all the Electronic Battle Weapons (1-10):

Since '96, Electronic Battle Weapons have acted as the laboratories for the duo's pioneering musical high-jinx, not to mention providing some of The Chemical Brothers' most memorable mixes. Until this album, the Electronic Battle Weapons series has only been available on limited formats, and this is the very first time they have been widely available in single format. 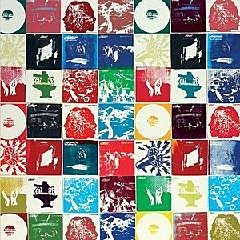 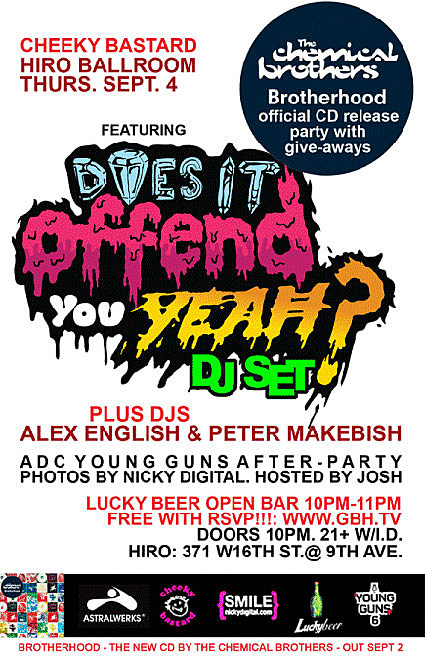 Hiro is free with RSVP. 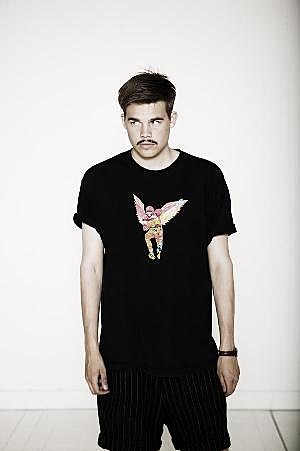 One last option for Thursday - Sweden's in the house with Anton Qlint (Rollerboys/Tiedye) deejaying at APT as well as DJ Spun. Free from 10pm-4am. A bit about Tiedye:

From the rocks and waves of the west coast of Sweden Tiedye explores and develops the sounds of dreaming disco, windblowing pop and gruyèresmelling rock.

The rest of the Week in Dance is on its way.

Just one last reminder, if you head to Santos and like what you hear from Gildas & Masaya they'll be deejaying at the last People Don't Dance No More Boat Party (brought to you by ex-Week in Dance writer David Bruno) of the summer on Saturday. Tickets are limited so if want to go, get on it!