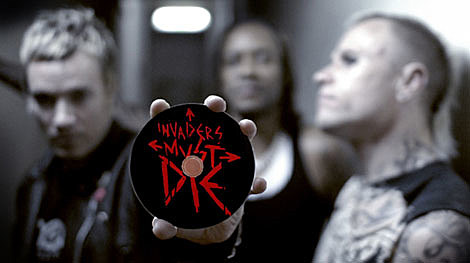 Last week was so packed with dance events that I managed to hit 3 dancefloors despite not being here Saturday or Sunday. Things started calmly Tuesday night, chatting about music (what else) while the Prodigy's fifth studio album Invaders Must Die (due out March 3rd on Take Me To The Hospital/Cooking Vinyl) played in the background. You can check out the video for the title track here. Believe it or not it's actually one of the calmer tracks on the album, which definitely hearkens back to the heavier sound the Prodigy pioneered, but in an updated way.

I would've stayed put and listened for hours, but instead scurried over to the Annex for Friendly Fires. I arrived in time to see Lemonade (who opened) for the first time. Initially their set didn't appeal to me as it reminded me of a more mellow, island-ey version of Professor Murder (who I like). I enjoyed a few of Lemonade's more upbeat songs and the band's enthusiasm as the performance went on, but overall their sound was a little more chill/laidback than I prefer. 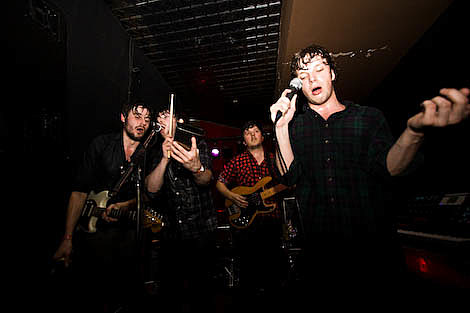 I was in a bit of a daze after that, partially due to how hot the super crowded Annex was becoming, plus a longer than normal wait in between bands due to sound problems. As I had hoped, Friendly Fires' instantly energetic performance brought me back to life and had me and everybody in the Annex going accordingly bananas. Lead vocalist Ed McFarlane sang away song after song from the band's excellent, self-titled debut album and still managed to inject some Jagger-ish moves into the performance despite the crowded set-up on the Annex's small stage. Ed's energy was matched by the rest of the band who enthusiastically drummed and strummed away, while added percussive elements really gave the whole show a rich and highly danceable sound. These guys are easily one of the most lively and fun bands I've seen in a while.

More on last week later, here are some options for tonight/Thursday (12/19)...

Summer is unfortunately long gone (despite what Monday's warm weather might've had you thinking), but the awesome Été d'Amour crew who rocked Santos every Thursday night this summer are back in town with a special holiday edition of their Parisian party. Santos d'Amour brings a similarly great combination of both upcoming and seasoned deejays as their summer parties, plus it's also a benefit for Toys For Tots. Bring a new unwrapped toy and witness some amazing deejay sets from a great bill of deejays for free. Full info and set times:

Also Thursday night, the last Voodoo Funk party being held at Santos (at least for a while) is happening in the basement:

I'm going to do my last Voodoo Funk party at Santos this Thursday Dec. 18th.

The club had the chance to book a major House party (not that I know anything about House but this one is supposed to be really big) for Thursday nights that will run both floors of the venue from January on.

I'm going to take a break from DJing for a while to go back to West Africa early in 2009. I've been already been looking at various clubs where I might continue the party and there's even a small chance that I'll switch to another night at Santos. We'll see what happens...

Let's make the 18th a great one, it's going to have to last for a while! 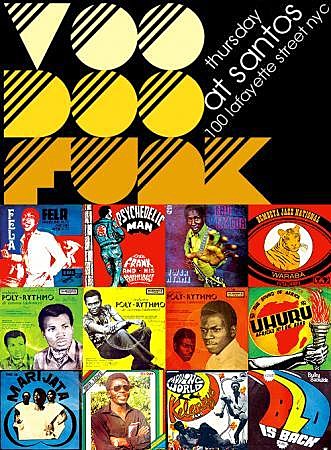 Greenskeepers is an alternative rock/indie rock band from Chicago. One of their most notable tracks is the cult hit "Lotion", a song that pays homage to The Silence of the Lambs. Greenskeepers have been called abstract, quirky, avant-garde, irresistible and bizarre. We call them awesome.

I'm not sure exactly who "we" are, or if Greenskeepers are awesome (I just started to become familiar with them and have never seen them perform), but I would definitely agree with the abstract, quirky line of thinking. With a sound that is hard to pinpoint, but laced with electronics, their show at Love Thursday night should at the very least be interesting. 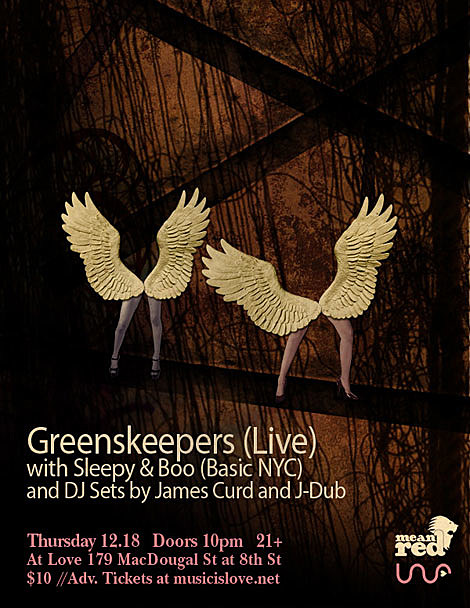 Stay tuned for the rest of the week.