The Grin & The Chin 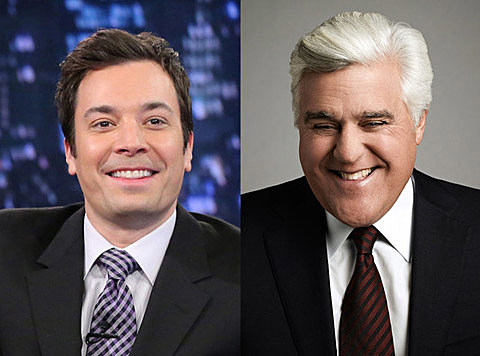 After 40 years on the left coast, The Tonight Show is reportedly on its way back to NYC:

A plan is in the works to bring NBC's "Tonight" show back to New York.

While the network has yet to complete a deal, it has made a commitment to Jimmy Fallon, the current host of its "Late Night" program, to have him succeed Jay Leno as the next host of "Tonight,'' according to several senior television executives involved in the decision. The show would move from Burbank, Calif., back to New York, where it first started in 1954 with Steve Allen as host. -[NY Times]

The plan is to bring the show back to the East Coast by Fall 2014 at the latest, pending the resignation of Jay Leno and his subsequent second thoughts, naturally. NBC has already started work on a new studio in 30 Rockefeller Plaza which is part of an overhaul of the building being done by KableTown Comcast, which this week completed a full takeover of NBC Universal.