The Twilight Sad at BV-SXSW 2012 (more by Amanda Hatfield) 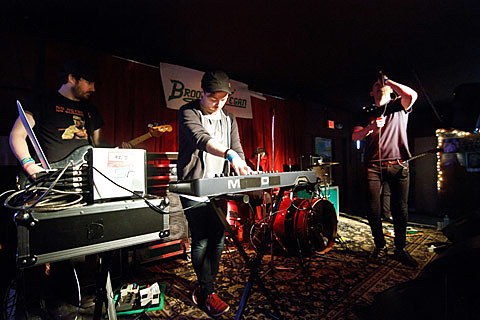 Scottish indie rockers The Twilight Sad reissued their 2007 debut album, Fourteen Autumns & Fifteen Winters, in the UK on Record Store Day this year with bonus material. They're also performing the album in full at select shows, mostly in the UK, but so far one US date has been announced: Rough Trade NYC on October 16. Tickets for that show are on sale now.

All dates are listed, with a stream of one of the bonus tracks from the reissue, below...