"Still blown away by the 1-2 punch of Port St. Willow and The Twilight Sad last night. Intense." - Jared Dionne 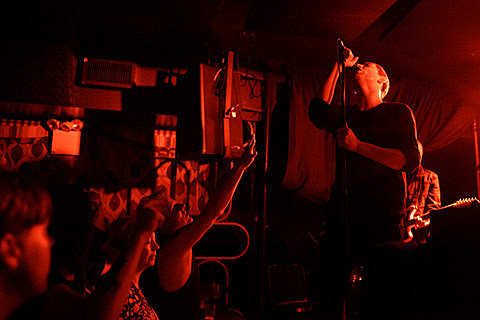 Scotland's The Twilight Sad came to Baby's All Right on Tuesday night (2/25) as part of their current North American tour with Port St. Willow. The Twilight Sad brought the energy, which came in no small part from lead vocalist James Graham who gesticulated emphatically over the cheering pack of fans crowding the front of the stage.  Pictures, setlist and video of "I Became a Prostitute" from the show are in this post.

Port St. Willow, meanwhile, are rolling with some new members -- including a horn/keyboard player -- who really filled out Nicholas Principe's songs, and the band sounded huge at Baby's. Pictures of their set, plus more of The Twilight Sad, below... 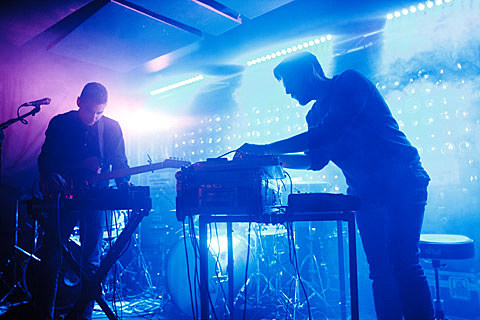 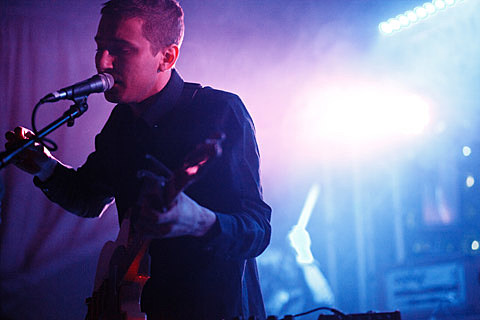 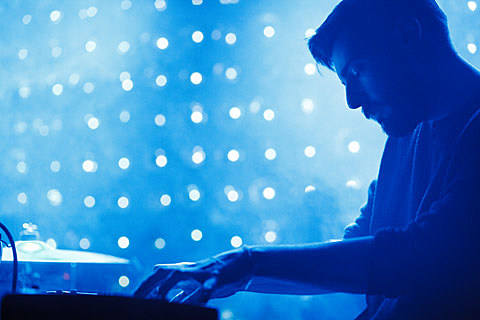 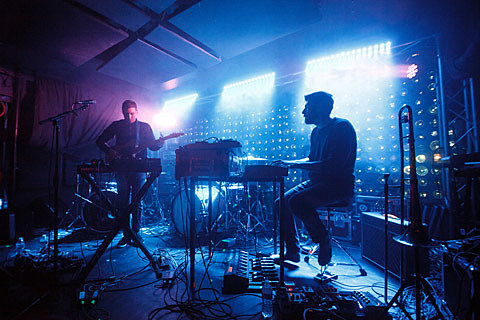 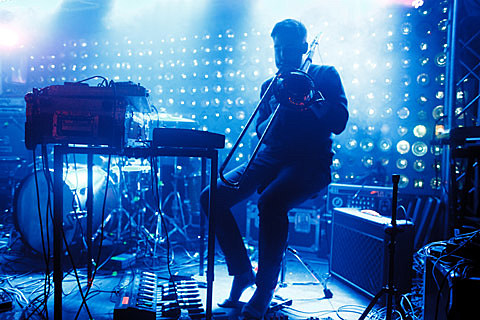 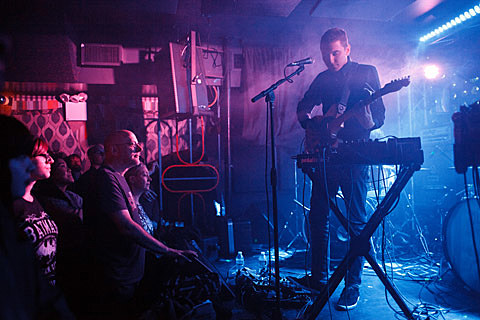 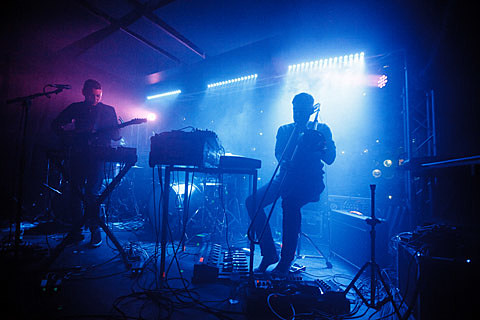 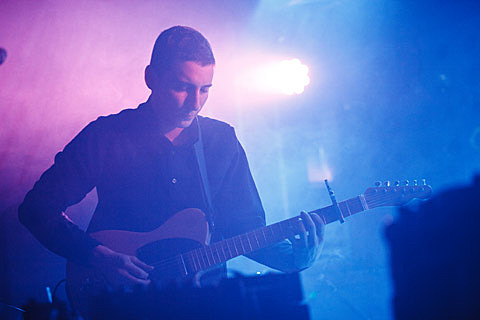 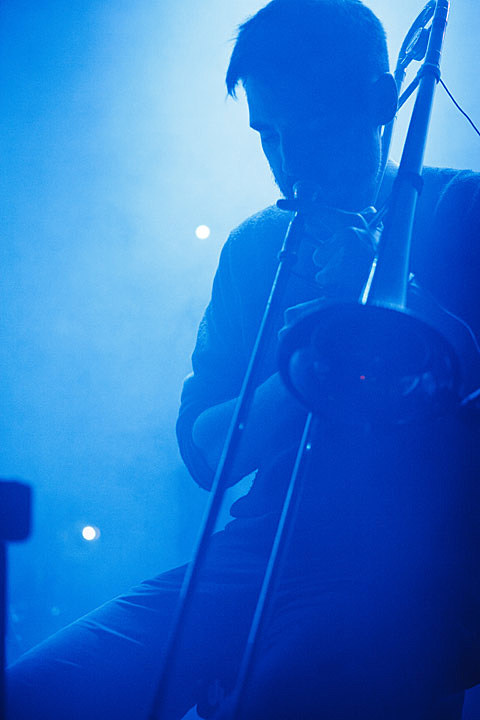 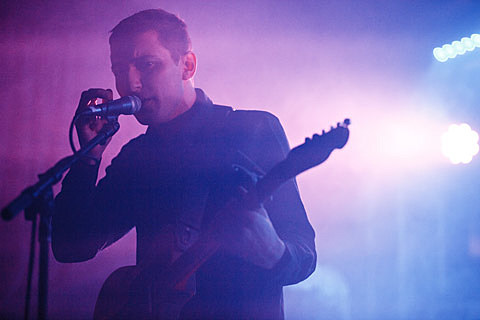 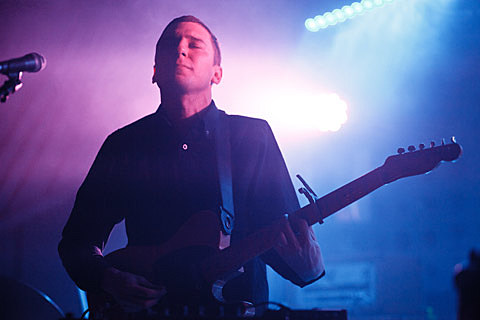 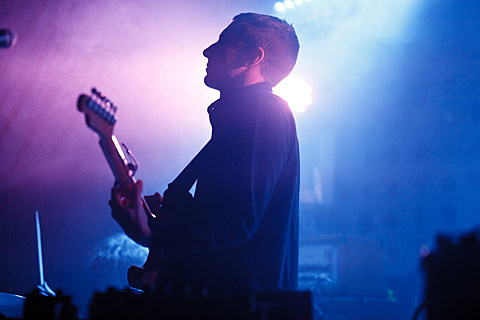 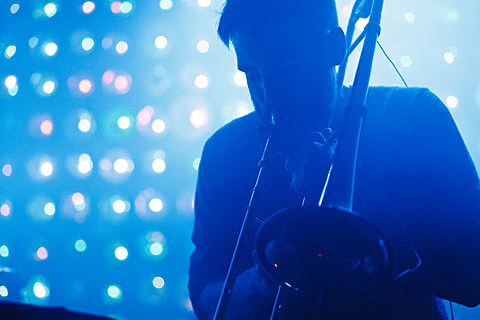 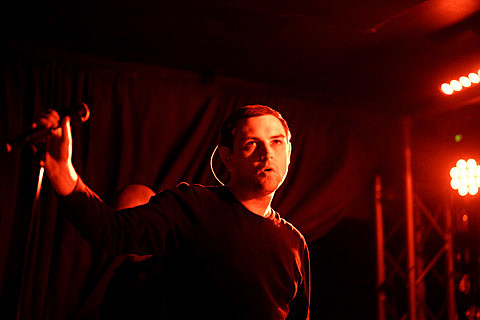 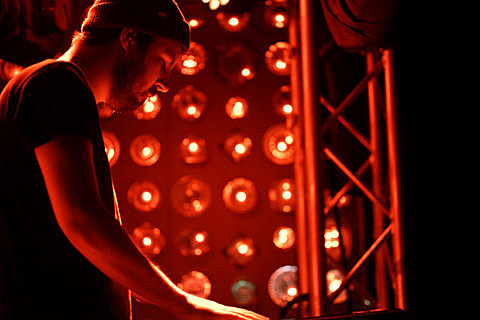 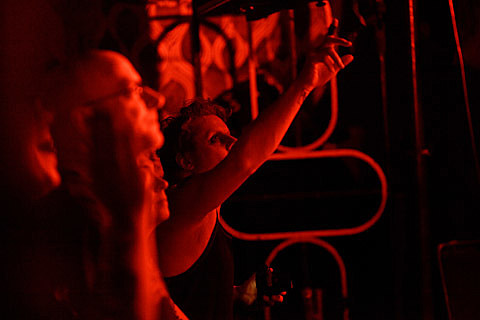 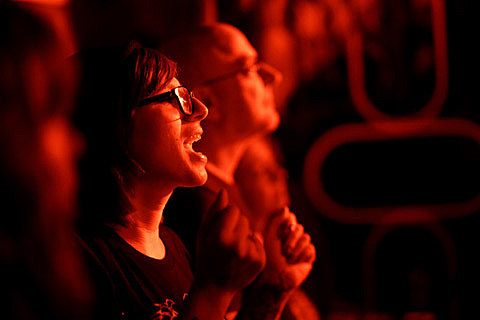 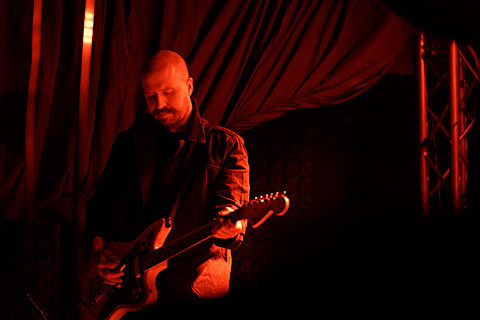 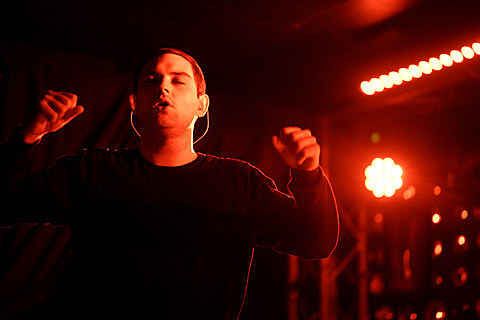 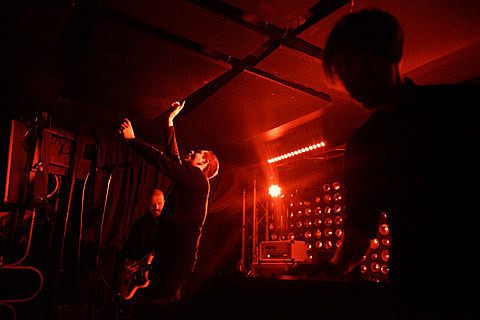 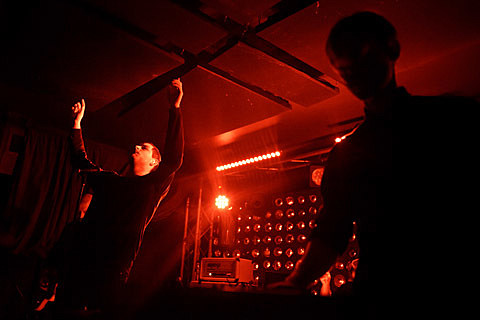 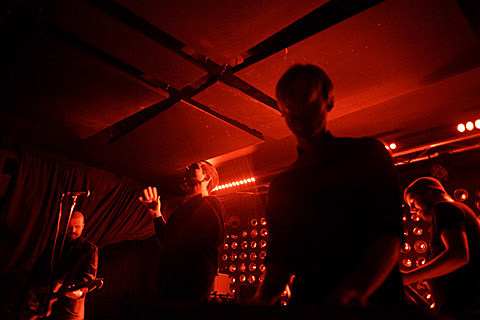 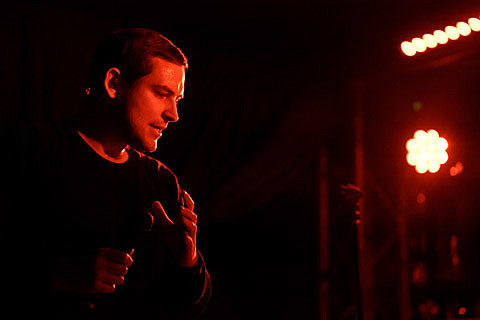 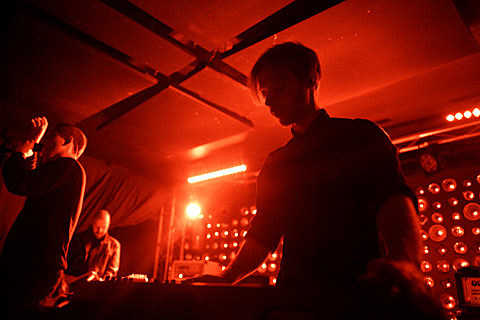 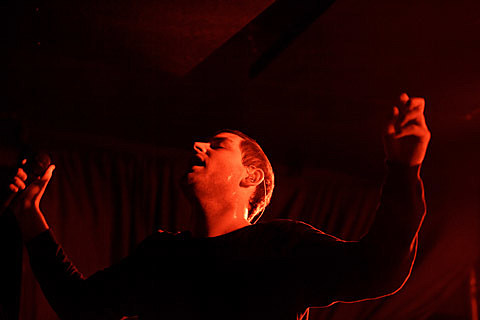 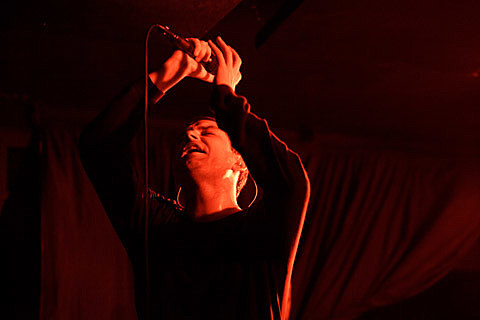 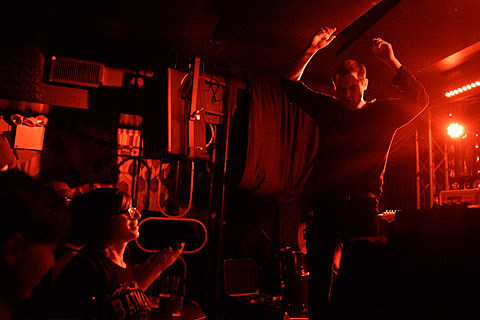 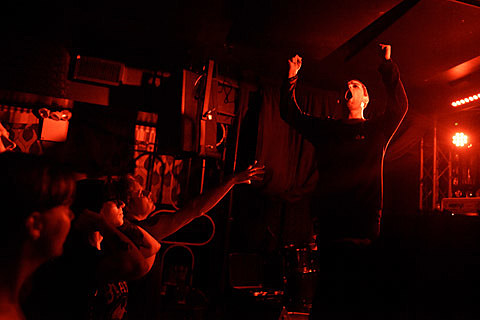 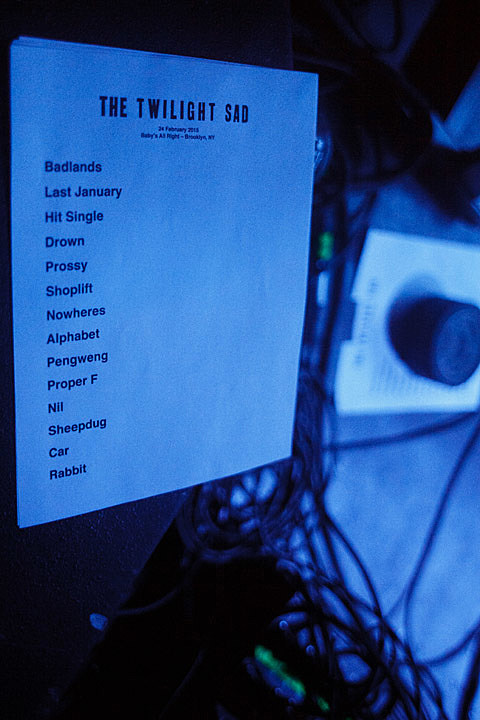