The Ukiah Drag in Chicago in June (more by Milos Markicevic) 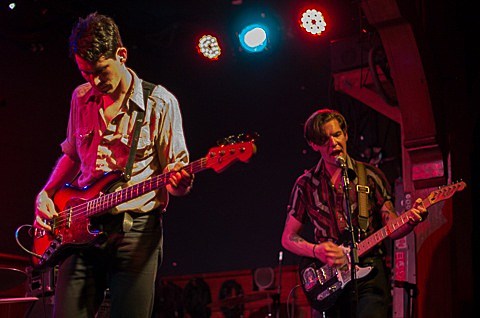 The Ukiah Drag are following their 7" from earlier this year with a full length, The Reaper's Quarters, on September 9 via Wharf Cat. The album was produced by Ben Greenberg (formerly of The Men, currently of Uniform and Hubble), and you can get a taste from two of its singles, "Her Royal Grip" and the just-released "Final Prayer," both excellent doses of psychedelic punk. "Her Royal Grip" moves from a garage rocker to a Doors-style trip, and "Final Prayer" is an eight-minute dirge of acid-soaked aggression not unlike Ukiah's past tourmates Destruction Unit. Stream them both below.

The Ukiah Drag will come to NYC to celebrate the new album with a release show on September 11 at Saint Vitus. It's a joint release party with Uniform, who celebrate their self titled 12" that day, and also features local punk bands Crazy Spirit and Survival, as well as local noise artist Nick Klein. Tickets are on sale now. Show flyer below. It's the only upcoming date for both The Ukiah Drag and Uniform at the moment.

The Ukiah Drag - "Her Royal Grip" 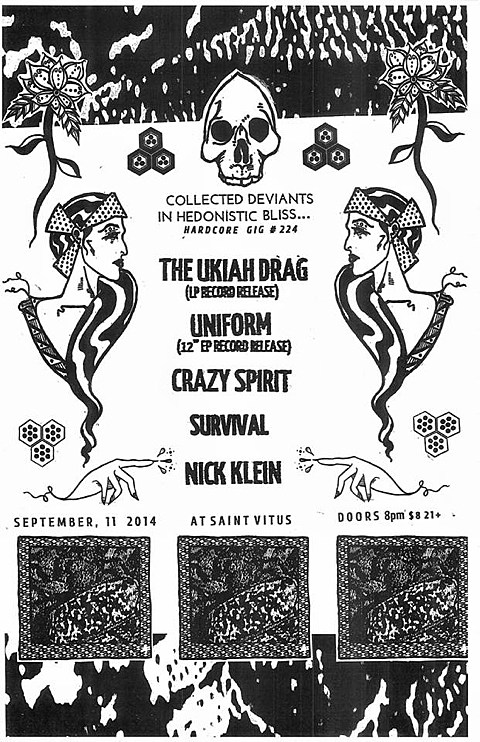