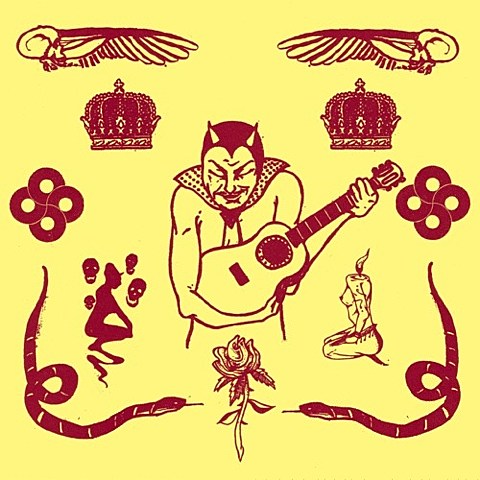 New England psych punks The Ukiah Drag recently hit the road with the relatively likeminded Destruction Unit, and they're about to tour with The Men which brings them back to NYC on March 5 at Bowery Ballroom with Honey. (You've perhaps also seen them in NYC with Lower / Pleasure Leftists or with Pop. 1280.) Tickets for the Bowery Ballroom show are still available.

The day after the Bowery Ballroom show, The Ukiah Drag will hang around NYC for a smaller show happening at Death by Audio (3/6) with IVY and PC Worship. All dates are listed below.

The Death by Audio show doubles as the release show for The Ukiah Drag's new single, "Dirt Trip," which comes out as a 7" on March 4 via Wharf Cat Records. The song was produced by The Men's Ben Greenberg, and it's soaked in sleazy bar blues swagger, western guitar twang, and desert rock psychedelia. Stream it, with the list of tour dates, below...